Will BTS see a stellar finale at Grammy?

Nominated for Best Pop Duo/Group Performance for the megahit single “Dynamite,” the boy band is the first Korean act to grab a nod at the Grammys, considered the world’s most coveted music awards. The group will also be performing at the ceremony along with 21 other artists, including Taylor Swift, Cardi B and Billie Eilish.

When the nomination was announced in November, although a historic feat in itself, some exclaimed a sigh of relief for the seemingly belated nod from the US music awards that had been criticized for being too conservative in regards to non-Western artists and non-English songs.

“The nomination could have happened earlier, perhaps last year when they had already won at the American Music Awards and the Billboard Music Awards several times. That in itself showed how closed the Recording Academy had been,” cultural studies professor Lee Gyu-tag of George Mason University Korea told The Korea Herald.

With the nomination, BTS has become the first Korean act to be nominated for all three of the most prestigious music awards in the US -- the Grammys, the AMAs and the BBMAs. This year, BTS is making its third foray to the Grammys, having been invited as a presenter for an award for the 61st edition and to perform for the 62nd edition.

Experts say it is likely the K-pop superstars have been able to tip the scales in their favor this year.

“BTS performed last year even without being nominated. The Grammys have had their eyes on them for years and they have finally accepted the group’s distinguished presence in the mainstream music scene with ‘Dynamite.’ Although their competitors are all outstanding, the boy band‘s performance with ’Dynamite‘ is not ignorable in itself,” pop music journalist Park Hee-a said.

Lee agreed, adding, “Not only did ‘Dynamite’ score high on music charts, but they showed an almost symbolic synergy as a group.”

“Moreover, although the Grammys are considered to put less weight on the chart results of songs and more on the musical significance, the pop genre itself has its essence in the popularity. What’s more important than its creativity for pop music is its ability to reflect the mainstream trend and acceptance by a larger audience. ‘Dynamite’ was exactly such a song -- an easily listenable melody embracing last year‘s retro trend with its disco vibe,” the culture professor said.

The Grammys first debuted the Best Pop Duo/Group Performance category in 2012 to celebrate the best pop collaborations in the music industry. BTS’ “Dynamite” is up against four other songs, including “Intentions” by Justin Bieber, featuring Quavo, “Rain On Me” by Lady Gaga and Ariana Grande, and Taylor Swift‘s “Exile,” featuring Bon Iver.

Although more cautious on a BTS win, pop music critic Jung Min-jae explained a victory at the Grammys would hold significance beyond any other for the K-pop act.

“The Western music critics have often found BTS’ success in their strong fandom and influence on social media. So if ‘Dynamite’ gets crowned at the Grammys, this would imply that the fellow musicians and experts have acknowledged the song’s value as a musical production,” Jung said.

With a Grammys under their belt, BTS would be accepted beyond just a K-pop phenomenon, Jung said.

“Although there have been other K-pop artists who’ve peaked on global charts and held sold-out tours worldwide, BTS’ performance has been incomparable to such feats. We could say that K-pop has become a part of mainstream music, but it wouldn‘t be fair to simply state that the group’s win at the Grammys is a result of a K-pop invasion into the Western music industry,” Jung said.

Park thought likewise, stating “Dynamite” was distinguishable from other K-pop songs, even others from the boy band themselves.

“The single was the group‘s first all-English song and it resembles American pop music in terms of the style and sound. Although it can be categorized as K-pop, ‘Dynamite’ definitely proves BTS’ efforts to mingle into Western pop,” she said.

“Dynamite” has been a chart-topper since its official release in August last year. Debuting at No. 1 on Billboard’s Hot 100 chart -- as the first song from any Korean artist to debut atop the US music chart -- the song has stayed at the apex of the singles chart for three weeks straight and is still among the top 50.

The single was later released as part of the album “Be” in December. The album’s lead track “Life Goes On” also set another milestone as the first non-English song to debut on top of the Billboard Hot 100, while the album itself also landed atop the Billboard 200, becoming the group’s fifth consecutive album to debut at No. 1 on the album chart. 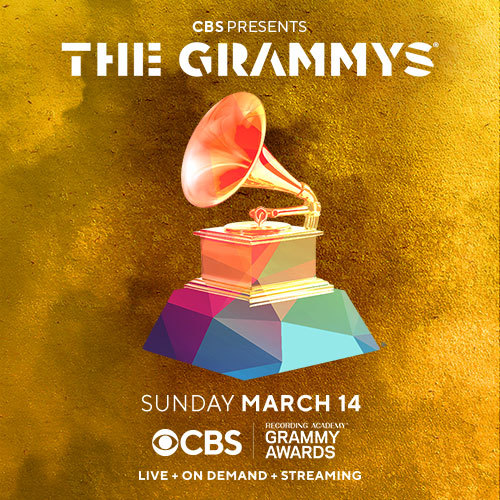 Even if BTS returns home without a prize in hand, their debut nomination at the Grammys this year cannot be understated.

“A nomination itself has been enough to prove the group’s presence in the global music scene. I wouldn‘t say the value of BTS and their songs can be decided based on the result of the Grammys,” Park said.

The K-pop specialist went on to say that she sees a bright future for the group, with each member recently branching out into their individual endeavors, such as making their own music, composing and writing.

“Such versatility of the members, on top of their powerful performance, is what has brought the group this far and will take them to beyond in the future,” Park said.

Even for the K-pop juggernaut, the past year has been especially phenomenal. Wrapping up last year’s performances, BTS was named the greatest pop stars of 2020 by Billboard, while the International Federation of the Phonographic Industry -- an organization representing the recording industry worldwide -- crowned the group as the Global Recording Artist of the Year.

“The group has been continuing their work, breaking their own records and consistently paving their own paths as musicians. I don‘t doubt there will be more opportunities for the group to be accepted for their musical flair,” said Lee of George Mason University Korea.

Meanwhile, the 63rd Grammy Awards is set to take place 8 p.m. EST on Sunday, with the ceremony exclusively aired by Mnet in South Korea. On Friday, the septet will also perform in a livestreamed virtual concert as part of the Music on a Mission Grammy Week hosted by the Recording Academy in the run-up to the actual event.