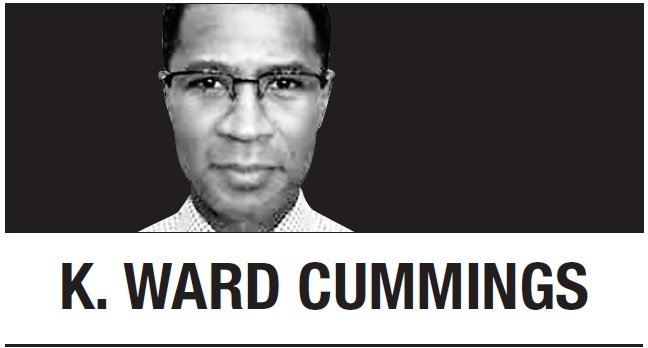 Rep. Alexandria Ocasio-Cortez, D-New York, in emotional testimony delivered during a congressional hearing last month, bravely revealed that she was once the victim of a sexual assault. As a historian, her stunning admission reminded me instantly of former presidents Ronald Reagan, Bill Clinton and Woodrow Wilson. Not because they too were once sexually abused (or accused of abuse), but because of how often personal trauma seems to be a part of the histories of prominent politicians.

Exploring the connection between personal trauma and political success has been an obsession of mine since I first entered politics 20 years ago. I began to wonder why so many of the politicians I encountered seemed so emotionally needy -- and, in frequent cases, emotionally damaged.

When some people think of politicians, they see the image of a square-shouldered Ronald Reagan, standing at Brandenburg Gate commanding Gorbachev to tear down that wall; or they remember Bill Clinton’s easygoing Southern charm; or they recall Woodrow Wilson’s toothy, confident grin from textbook photos. But when I see Reagan, I see a man that, according to biographer Lou Cannon, was so emotionally damaged that even his closest friends struggled to understand him. When I see Clinton, I see someone shown by biographer David Maraniss to be so pathologically unequipped to manage his emotions that it almost ended his presidency. And when I think of Wilson, I think of a neediness so profound it rendered him dangerously prone to manipulation, according to biographers Alexander and Juliette George.

Meg Greenfield, the Pulitzer Prize winner and former Washington Post columnist, wrote a famous book about politicians in which she described them as Boy Scouts. I remember reading it as a young staffer, wondering what people she was talking about. I knew these people too, but not as cocktail party guests or as objects of distant journalistic fascination, but as friends, colleagues and employers. I sat next to them on long car rides as I ferried them between campaign events, laughing at their jokes and enduring their dashboard confessions.

As director of intergovernmental affairs for the Maryland secretary of state, my job entailed daily interaction with politicians. I attended meetings of the state Democratic Party and the Democratic National Committee; regularly participated in political events and fundraisers and, importantly, filled in holes in political campaigns temporarily until permanent staffers could be hired.

The politicians I knew might have been Boy Scouts under the public gaze, but in private they were more like Lost Boys. After observing them up close for years and writing two books about them, I came to see patterns in their personal histories and, like Greenfield, I could not resist slipping them into categories of my own. The Four Ds I called them: the four types of people who run for office -- damaged, desperate, disenfranchised and duty bound.

The duty-bound candidates were politicians who came from families where public service was an expectation. Like President Lyndon Johnson or Sens. John McCain and Carol Moseley Braun, they viewed elected office as a personal and professional obligation.

The candidates who fit into the disenfranchised category seemed to think winning public office would help them escape the margins of society. They had grown tired of being ignored for being women or people of color or members of the LGBT community, and pushed their way in to claim a seat at the table.

The desperate candidates all seemed to regard politics as a vehicle for achieving instant respect -- a reasonable assumption, I guess. The nature of politics is such that one can attain office in a relatively short time with relatively little experience and effort. Like Presidents Donald Trump or Harry S. Truman, politics can be a way to reverse a history of professional disappointment, a path toward recasting a personal or public image.

The damaged people I encountered had been the victims of abuse, neglect or abandonment as children. Like President Reagan, their fathers drank or were abusive like President Clinton’s, or emotionally unavailable like President Wilson’s. Whatever personal hardships they suffered as children left them with a deep need for affirmation so intense that only a life in the saccharine sunlight of politics could satisfy it.

Categorizing candidates as one or more of the Four Ds had its obvious predicative limitations, but it turned out to be a useful tool for me as a young politico. It helped me to understand a candidate’s politics and to predict their needs and behavior. It also helped me understand whom to support, whom to avoid and who was a ticking time bomb.


K. Ward Cummings
K. Ward Cummings is a former senior congressional staffer and the author of “The Capitol Hill Playbook,” 2nd Edition, written under the pen name Nicholas Balthazar. He wrote this for the Baltimore Sun. -- Ed.