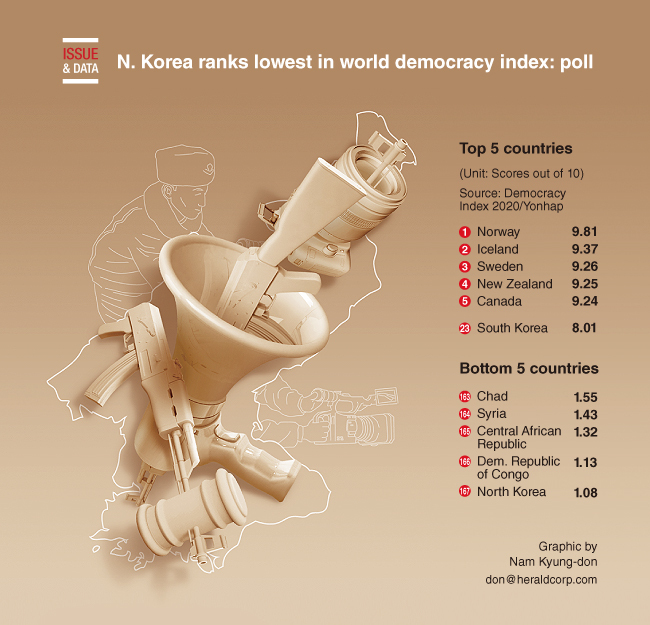 North Korea placed at the bottom among the 167 countries polled, with an overall score of 1.08 out of a total of 10, according to the Democracy Index 2020 published by the Economist Intelligence Unit, the research division of the British weekly The Economist.

The North has ranked the lowest in the EIU index since the agency began compiling the data in 2006.

South Korea moved up the index from the “flawed democracy” category in 2015 to a “full democracy” last year, ranked as world's 23rd best country. (Yonhap)