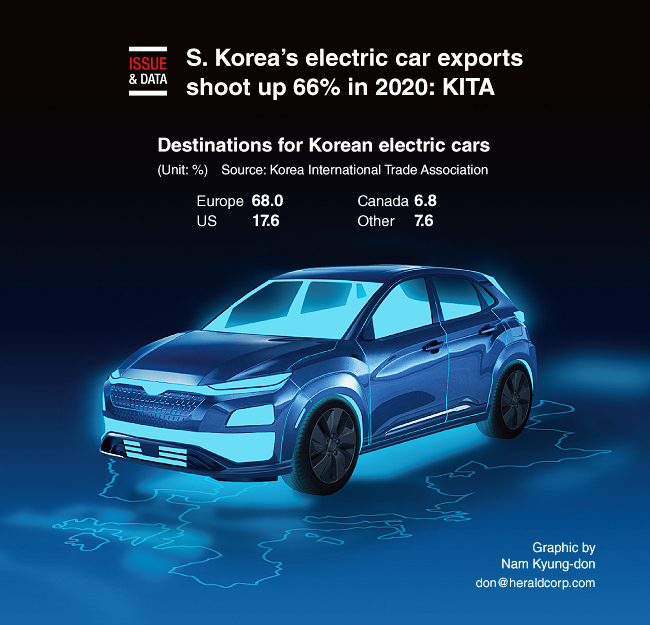 South Korea’s exports of electric vehicles advanced nearly 66 percent on-year in 2020, data showed, despite the overall slump in the automobile industry amid the COVID-19 pandemic.

Outbound shipments of electric vehicles came to $3.9 billion in 2020, the first time the figure surpassed that for hybrid cars, whose exports came to $2.5 billion last year, according to the data compiled by the Korea International Trade Association.

Electric vehicles accounted for more than half of the combined outbound shipments of eco-friendly cars, which were estimated at $7.1 billion.

Europe was the largest destination for Korea’s eco-friendly cars, taking 68 percent of the total. (Yonhap)