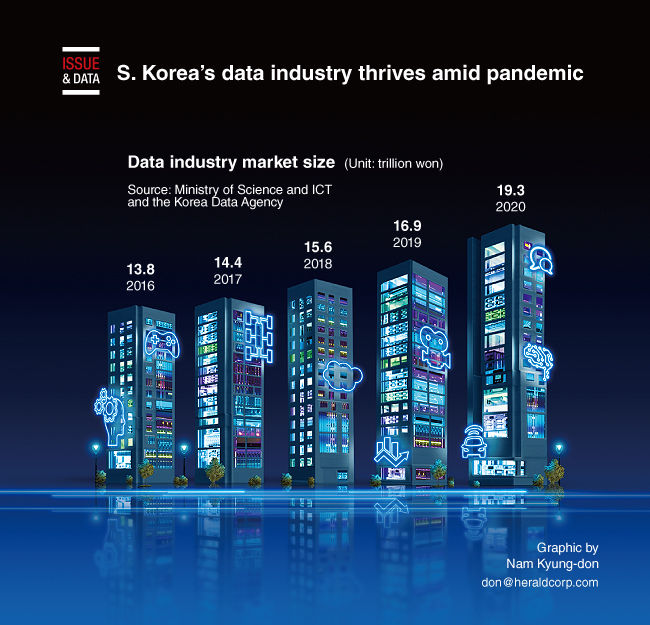 South Korea’s data industry expanded more than 14 percent in 2020 from a year earlier to exceed the 19 trillion-won level, a survey showed.

The local market for data stood at 19.3 trillion won ($17.4 billion) last year, up 14.3 percent from a year earlier, according to the survey by the Ministry of Science and ICT and the Korea Data Agency.

Last year’s growth rate was much higher than the 8.3 percent on-year increase posted a year earlier.

Data sales and provision accounted for the largest portion of the market with 9.4 trillion won, followed by data establishment and consulting with 7.4 trillion won. (Yonhap)