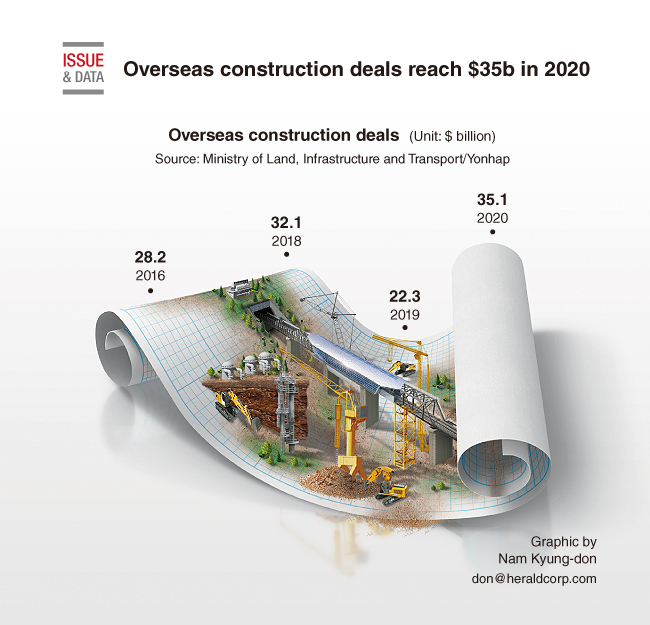 South Korea's overseas construction orders rose to the highest level in five years in 2020 on major projects won in the Middle East and South America.

The value of overseas construction deals stood at $35.1 billion last year, up 57.3 percent from a year earlier, the Ministry of Land, Infrastructure and Transport said in a statement.

The Middle East accounted for 37.9 percent of orders, followed by Asia with 33 percent and Latin America with 19.6 percent. (Yonhap)