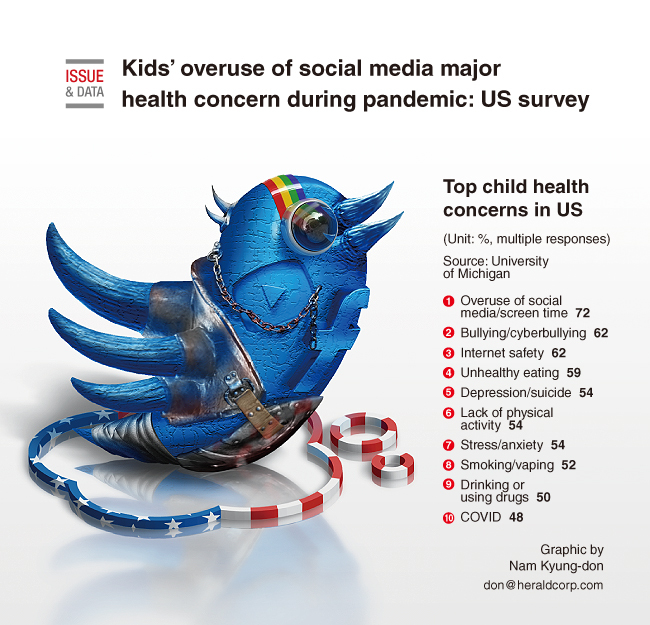 Nearly 75 percent of parents ranked overuse of social media during the pandemic as a leading health concern for their children, according to the results of survey released by the University of Michigan.

Just over 60 percent  of parents surveyed described bullying or cyberbullying as a major concern, while more than half cited unhealthy eating, lack of physical activity and depression and suicide, the data showed.

However, fewer than half named COVID-19 itself as a major health concern for their children, the researchers said. (UPI)