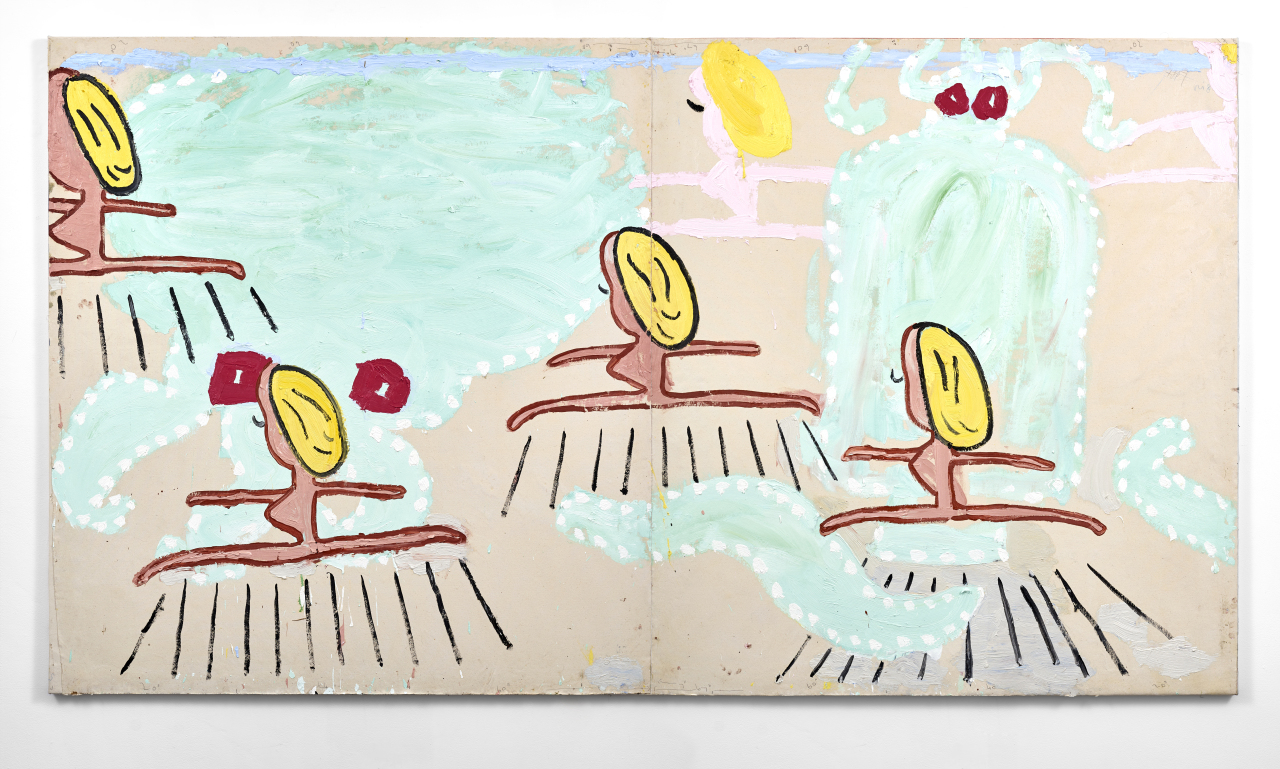 "Six Hullo Girls" by Rose Wylie (UNC, Choi&Lager, David Zwirner)
British painter Rose Wylie has brought her bold, expressive brushwork to Korea for the country’s first museum exhibition of her work. Her large-scale paintings have a bright feel to them, often with a childlike look.

The 86-year-old artist gained global fame relatively recently. Although she gave up art to raise a family after marrying in her early 20s, she resumed her studies at the age of 45, entering the Royal College of Art in London.

She would have to wait even longer for widespread recognition, with an exhibition at the Tate Britain in 2013 and an OBE awarded in 2018 among her accolades.

She is now an artist supported by David Zwirner Gallery.

The exhibition, “Hullo Hullo Following on, Rose Wylie,” held at Hangaram Art Museum at the Seoul Arts Center in southern Seoul, showcases 150 artworks by the artist, including paintings, drawings and installations.

Works that were unveiled at the Tate Members Room feature in the exhibition as well. She was previously appointed as the honorary member of the Tate Modern and was invited to fill the space with her work, and will be shown in Korea for the first time at the exhibition.

The exhibition includes depictions of soccer and Son Heung-min. Wylie’s late husband Roy Oxlade was an avid fan of Tottenham Hotspur, leading the artist to become interested in the English Premier League.

The sixth section of the exhibition shows Wylie’s recent series of works portraying the characteristics and physical traits of soccer players, completed in 2020. The series includes paintings of Son Heung-min, who plays for Tottenham, along with emails shared between Son and Wylie.

The exhibition opened on Dec. 4 and will run through March 28. The docent programs will be halted during the pandemic. Tickets can be purchased on the center’s website without making a reservation while online tickets are available at linktr.ee/rosewylie_korea.

The exhibition is supported by the British Embassy Seoul and British Council in Korea.