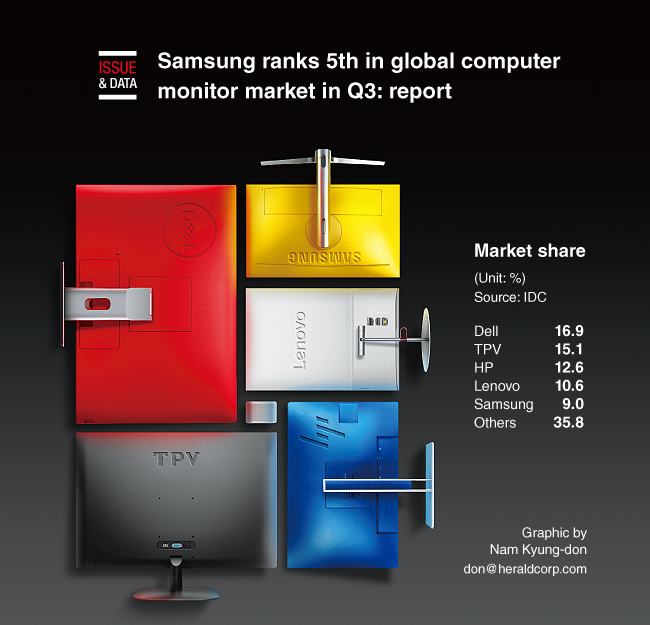 Samsung Electronics was the world's fifth-largest computer monitor vendor in the third quarter of the year, a report showed, as its shipments increased significantly amid the pandemic.

The South Korean tech giant had a market share of 9 percent in the global computer monitor market in the July-September period, up from 6.8 percent a year ago, according to market researcher International Data Corp.

Dell Technologies was the leading vendor with a 16.9 percent market share, although its computer monitor shipments declined 1.9 percent on-year to 6.35 million units in the third quarter. (Yonhap)