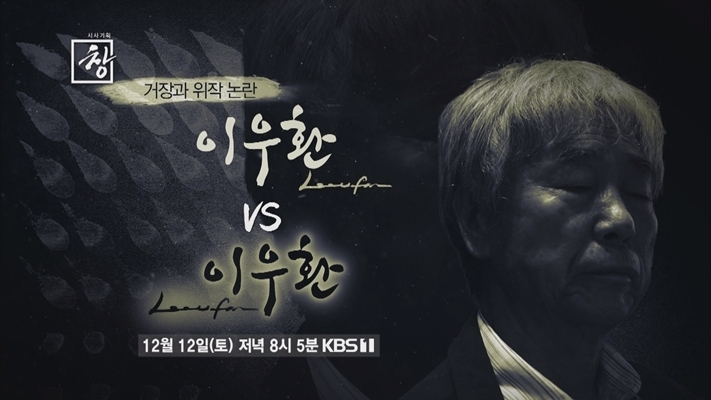 The TV newsmagazine, scheduled to air at 8:05 p.m. Saturday on KBS1, will look into alleged cases of fake paintings of Lee, South Korea’s leading Dansaekhwa artist and the pioneer of the Japanese Mono-Ha Movement.

The investigative program claimed it has captured scenes where the artist’s forged works are traded in art circles following a tipoff and looked into the case for nearly seven months.

Lee’s works were involved in forgery cases in 2016 that swept the art industry.

Art forgers surnamed Hyun and Lee were found guilty of the forgery cases in 2016 for being involved in faking artworks credited to the artist. They are currently behind bars after being sentenced to four and seven years in jail, respectively. Hyun, who was an art dealer based in Seoul, admitted to counterfeiting the works.

The artist, however, claimed the works are authentic, saying, “A person’s flow and rhythm are like one’s fingerprints, which cannot be imitated. They (the 13 works) are undoubtedly mine” at a press conference held at the time.