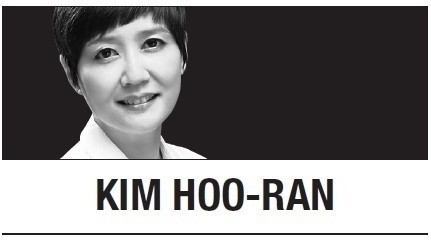 Like many people living through this pandemic year, I suddenly found myself with time on my hands as events and meetings were scheduled, rescheduled and, in most cases, canceled altogether.

Once the initial panic over the unknown illness dissipated, I became elated at the prospect of more unscheduled free time. I envisioned reading for pleasure, tackling overdue home projects and spending more time at the gym.

Well, nearly a year into this prolonged state of limbo, I can report that most of the things that I envisioned remain unrealized. Some things were out of my control – gym operations were restricted or even shut down – and some things, well, let’s just say I no longer had the heart for them. I have been too distracted and stressed by the COVID-19 crisis to properly focus on things.

Meanwhile, my younger daughter did something I had been meaning to do for quite some time. She sent away our old family home videos to be converted into digital format.

For the last couple of evenings, we’ve been watching old videos taken more than 20 years ago, many of them for the first time. We laugh hysterically and double up with uncontrollable laughter, as we watch the girls look straight into the camera and start singing at a request for a song. They eagerly belt out the same songs over and over again, slightly out of tune, words barely intelligible.

Watching the videos, we were struck by how different actual events were from our memories of them. The videos revealed something that contradicted our collective memory as a family. We had always thought the older one as the more extroverted of the two and the younger one as the quiet, diminutive one. But what we’ve been watching tells a very different story. It is the younger child that is the boisterous one, singing and dancing non-stop, while the older one stands by, looking a bit frustrated, waiting quietly for her moment on camera.

And where did I get the idea that my children had not been difficult to raise, that girls are a lot easier to handle than boys? How is it that did I not see back then what is in plain sight in the videos? I had a couple of rambunctious attention-loving youngsters who were in constant motion, jumping and running about, talking and singing as if on a continuous loop.

Had it not been for the videos, we might have continued to hold on to memories and impressions that are not entirely correct, our thus formed preconceptions and biases guiding our future behavior and actions.

How we remember the latest global crisis is of vital importance, not just for the people living through it today, but for the generations that will follow as well. Faced with a similar crisis again, having an accurate record of what happened and what was done could mean the difference between repeating the same mistakes or doing better. And experts warn that a similar crisis will recur.

An accurate reference point is vital and that is why the proliferation of fake news surrounding COVID-19 and vaccines is very troubling. It is difficult to wade through the flood of fake news and false information on social media, many of them now so sophisticated in their messaging that even those who keep up with mainstream media are liable to be misled.

It is not hard to imagine how much more difficult it will be for people to find accurate accounts of the events of 2020 a decade or two later, their memories already polluted by their earlier exposure to fake news. Our visions clouded by inaccuracies and falsehoods, we may no longer be able to rely on hindsight being 20/20.

While the big tech companies and governments find ways to successfully fight fake news, we could try to make sure that our individual memories of the COVID-19 pandemic are accurate by keeping records. By writing, filming, recording what is happening around us and what we do, we can build an archive of the way things were in these unprecedented times.

Kim Hoo-ran is the culture editor at The Korea Herald. – Ed.