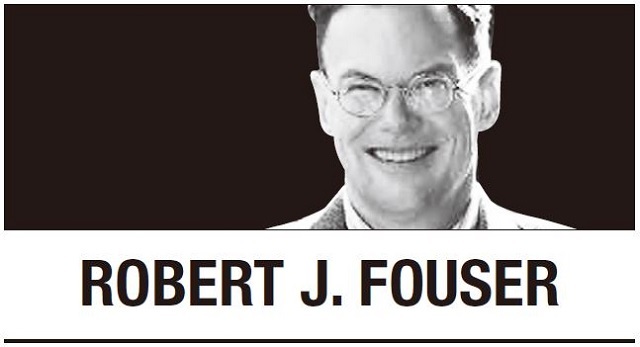 In his first month as US president-elect, Joe Biden has made steady progress in preparing to take office in January. His first round of high-profile appointments focused on foreign policy and national security. The appointments are respected foreign-policy establishment figures, mostly from the Obama years, who support traditional alliances and US engagement in world affairs.

To understand Biden’s interest in foreign policy, we need to go back to Biden‘s high school and college years in the late 1950s and early 1960s. Biden entered high school in 1957 and graduated from college in 1965. The period marks the peak of US influence at the height of the Cold War. To check the growing challenge from the Soviet Union, the US maintained tight military alliances with nations in Asia and Europe that remain in force today. It was at this time that the US president became known as the “leader of the free world.”

Aside from radical fringes on the left and right, nearly all Americans at the time agreed with the need for an activist foreign policy centered on US-dominated internationalism. As a product of the time, Joe Biden grew up believing this idea and, judging from his recent foreign-policy appointments, he believes it still.

During the period, a more multipolar world began to emerge. Between 1957 and 1965, many British and French colonies in Asia and Africa joined the community of nations, causing the membership in the United Nations to grow from 82 to 117 countries. Wary of both the US and the Soviet Union, many of these nations joined with other developing nations to form the Non-Aligned Movement in 1961. As US involvement in the Vietnam War grew in the late 1960s, many of these nations became even more suspicious of US power.

By the time Joe Biden graduated from law school in 1968, he was married and focused on starting a family and career. As anti-Vietnam War protests swept the nation in 1968, the Vietnam War came to be viewed more as a domestic issue rather than a foreign policy issue. In his first campaign for senate in 1972, Biden advocated a withdrawal from the Vietnam War, but his interest in an activist foreign policy blossomed during the Jimmy Carter years in the late 1970s.

For South Korea, Joe Biden’s commitment to strong alliances is reassuring after the turbulent Trump years. There will be no tweets about withdrawing US troops or attacking North Korea. As part of his broader push to undo the damage of the Trump years, Biden will work to strengthen the alliance by projecting a more cooperative tone.

Joe Biden’s background, however, suggests that he will focus more on US relations with Europe and the Middle East than on Asia. Antony Blinken, Biden’s nominee for secretary of state, was partly educated in France and has had a long-standing interest in Middle East issues. Trump’s “America First” stance has hurt the US more in Europe than it has in South Korea or Japan. In Biden’s view, this makes repairing relations with Europe more urgent and more rewarding politically.

Relations between the US and China had taken a sharp turn for the worse under Donald Trump. Meanwhile, Biden has been critical of Trump’s willingness to engage North Korean leader Kim Jong-un. This suggests that Biden will try to improve relations with China with an initial focus on ending Trump’s trade wars. Like the foreign policy establishment, Biden most likely believes that improved relations with China will also help deal with North Korea.

As always, the wild card is North Korea. With Trump gone, it could decide to test the new administration’s resolve by restarting nuclear weapons tests; the most recent test was in September 2017. Biden’s formative years and record in the Senate suggests that he would approach a crisis with North Korea as something demanding a US-led multilateral response. Presidents from Bill Clinton to Barack Obama tried that approach only to fail, but Biden may think he can succeed where others have failed.

More than North Korea, the biggest challenge for South Korea during the Biden years will be China. In return for respect and cooperation befitting of a close ally, the US will also demand loyalty, as it did during the Cold War. If, as expected, relations between the US and China deteriorate, then South Korea may find itself in the difficult position of having to please two competing and increasingly hostile powers.


By Robert J. Fouser
Robert J. Fouser, a former associate professor of Korean-language education at Seoul National University, writes on Korea from Pawtucket, Rhode Island. He can be reached at robertjfouser@gmail.com -- Ed.