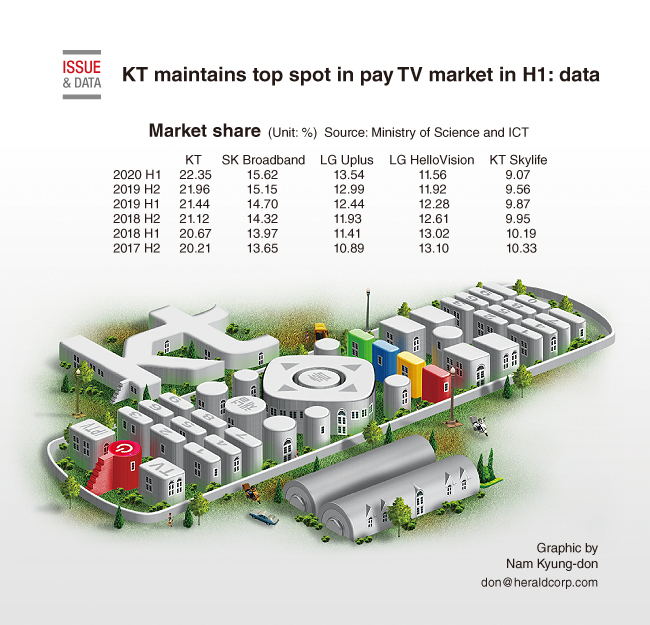 KT, a South Korean telecom giant, and its affiliate had the most number of pay TV subscribers in the country in the first half of this year, maintaining the top status in terms of market share, ministry data showed.

The mobile carrier and its satellite TV unit KT Skylife had a combined 31.4 percent share of the market, or 10.7 million subscribers, in the January-June period, followed by LG Uplus and its pay TV unit LG HelloVision at a total 25.1 percent, according to the Ministry of Science and ICT.