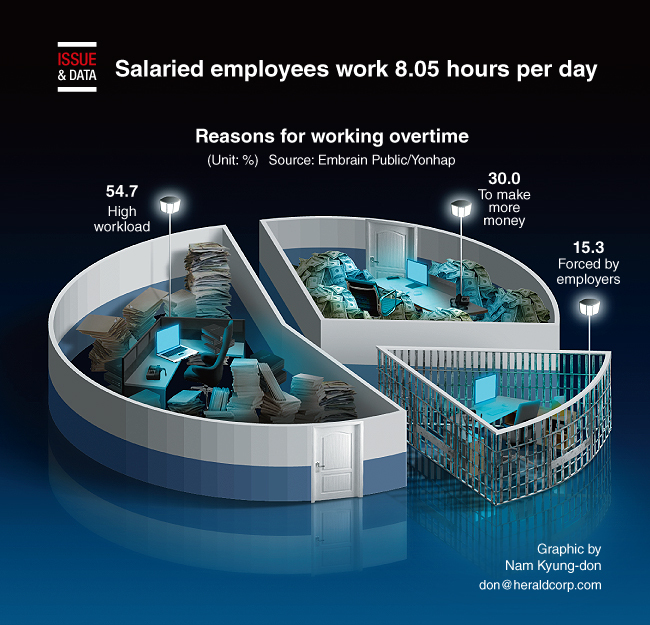 Salaried employees in South Korea work for 8.05 hours on average per work day, a poll showed.

According to the survey of 1,000 workers aged between 19 and 55 by local pollster Embrain Public, 811 respondents said they stay at work for more than 8 hours per weekday, with 54.7 percent of them saying their overtime is caused by excessive workload. Another 30 percent said they work longer than 8 hours to earn more, while 15.3 percent said they are forced by employers to work late.

Notably, 35.3 percent said their health is currently not good. (Yonhap)