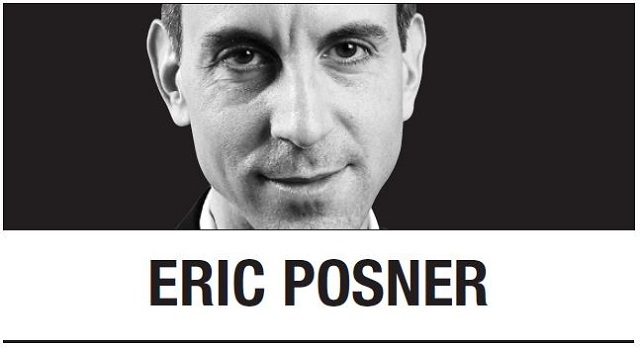 Joe Biden has survived a grueling election campaign and a cliff-hanger election. Next, he must fend off legal challenges from US President Donald Trump’s campaign. While he will most likely enter the White House on Jan. 20, 2021, he will wonder when he gets there whether the prize he sought for so long is a poisoned chalice.

A President Biden will enter office confronting widespread economic distress, the seasonal escalation of a deadly pandemic, and a brutal international environment. These challenges would test even the most skilled leader. But Biden will be further hampered by a divided government, a hostile judiciary, a weakened federal bureaucracy, and lingering Trumpian populism among the public.

In the past, a newly elected president could expect some cooperation from the opposing party in passing legislation. Biden should expect nothing of the kind. Republican members of the US Congress largely beat expectations in the election and will see no reason for compromise. If Republicans retain their majority in the Senate, they can and will try to undermine the Biden administration, to create the conditions for an anti-Democratic backlash in the 2022 midterm elections. Progressive bills will be dead on arrival, and sorely needed constitutional reforms of the Electoral College, voting laws and the presidency will not occur. More likely, Americans will have to endure sporadic government shutdowns amid a cold civil war that maintains a status quo of paralysis -- at best.

Many of Biden’s nominations will also face hostility in a Republican-controlled Senate. Republicans probably will not deny him a secretary of state or an attorney general, but they will ensure that the executive branch is understaffed. Having incurred no electoral punishment for their hardball tactics over judicial nominations, they will block and delay all confirmations of federal judges.

Even if Democrats win a majority in the Senate, Biden will face formidable obstacles. With the confirmation of Amy Coney Barrett a week before the election, Republicans will enjoy a 6-3 majority on a Supreme Court that was already leaning more rightward than any court since the 1930s. Today’s Supreme Court will continue chipping away at the legal foundations of US regulatory agencies and advancing socially conservative values, as it has for the last two decades. Even if Biden can push progressive legislation through a divided US Congress, he will still face the prospect of the Supreme Court striking it down. Indeed, the top court might finally deal a death blow to the Affordable Care Act, the signature achievement of Biden’s former boss, Barack Obama.

With a likely understaffed executive branch and a hostile judiciary, Biden will have trouble exercising executive power. Federal agencies have suffered a loss of morale -- and qualified staff -- during the Trump era, and will most likely take quite a while to regroup. Efforts to undo the damage that Trump did to environmental, health and safety regulations will come slowly from the depleted agencies, and all changes will be met with judicial skepticism from Republican-appointed -- and especially Trump-appointed -- federal judges.

Similarly, ambitious uses of regulatory and executive power to reform immigration or address climate change (on the model pioneered by Obama) will receive a frigid reception at the top court. Biden will inherit substantial legal authority to take measures to contain the pandemic; but Trump-appointed judges will push back when that authority conflicts with religious liberty and property rights, as they have already done when governors issued similar orders.

Finally, there is the elusive issue of public opinion. Though Biden decisively won the popular vote, the American electorate remains deeply divided. Trump’s lawsuits claiming electoral fraud are unlikely to succeed, but his attempts to persuade Republican voters that Democrats stole the election will likely have a lasting effect. If Trump succeeds in delegitimizing the outcome in the eyes of enough voters, Biden will have even more trouble securing support for his policies from alienated Republicans and their elected representatives. Moreover, Biden also will be contending with a fractious Democratic coalition that could explode at any moment into a battle among leftists, moderates, and anti-Trump independents.

For all of these reasons, Biden will not benefit from the traditional honeymoon period that other newly elected presidents have enjoyed. He ran as a unifier, but, like Obama before him, he will quickly learn that you cannot win over those who despise you.

That said, Trump’s defeat is a triumph for American democracy. Trump has been the most divisive and destructive president of modern times. His failure to win a second term, despite the numerous advantages of incumbency, will send a signal to ambitious politicians that populism and demagoguery are not the keys to victory. The moment should be savored for that reason -- if for nothing else.


By Eric Posner
Eric Posner, a professor at the University of Chicago, is the author, most recently, of “The Demagogue’s Playbook: The Battle for American Democracy from the Founders to Trump. -- Ed.