Taking over a three-story building at trendy Garosugil in Gangnam, southern Seoul, the offline showcase dubbed “BTS pop-up: Map of the Soul” opened its door to fans on Oct. 23. It follows BTS’ first pop-up store that opened last year in Seoul.

Due to the prolonged COVID-19 outbreak, some major alterations were made for the event’s safety regulations. In addition to mandatory masks, hand sanitizer pumps, temperature tests and social distancing, only a limited number of visitors were allowed to enter in their prereserved time slot, with a maximum one-hour stay.


“The venue got much smaller than our previous pop-up store and we definitely have less foreign visitors. But fans seem to be very satisfied with this kind of event as they must have been thirsty for offline activities,” a Big Hit official told The Korea Herald. “We did our best to entertain fans with diverse items and attractions while following the government’s safety guidelines.”

Inspired by BTS’ latest “Map of the Soul: 7” album, the complex has featured various experimental zones and showrooms that reproduced themes from the band’s major hits from the album, including “Black Swan,” “On” and “Dynamite.”

Each visitor receives a blue rubber slap bracelet with the logo of the showcase, and as they enter the “Blue Door,” the venue’s signature blue entrance, a whole new world begins. On the first floor, fans are greeted with various merchandise, including clothing, snacks, water bottles, coloring books, makeup tools and fashion items, most of which are available for purchase only online. The Big Hit official explained that the showcase was more of a preview of the online store, where much various merchandises are available. 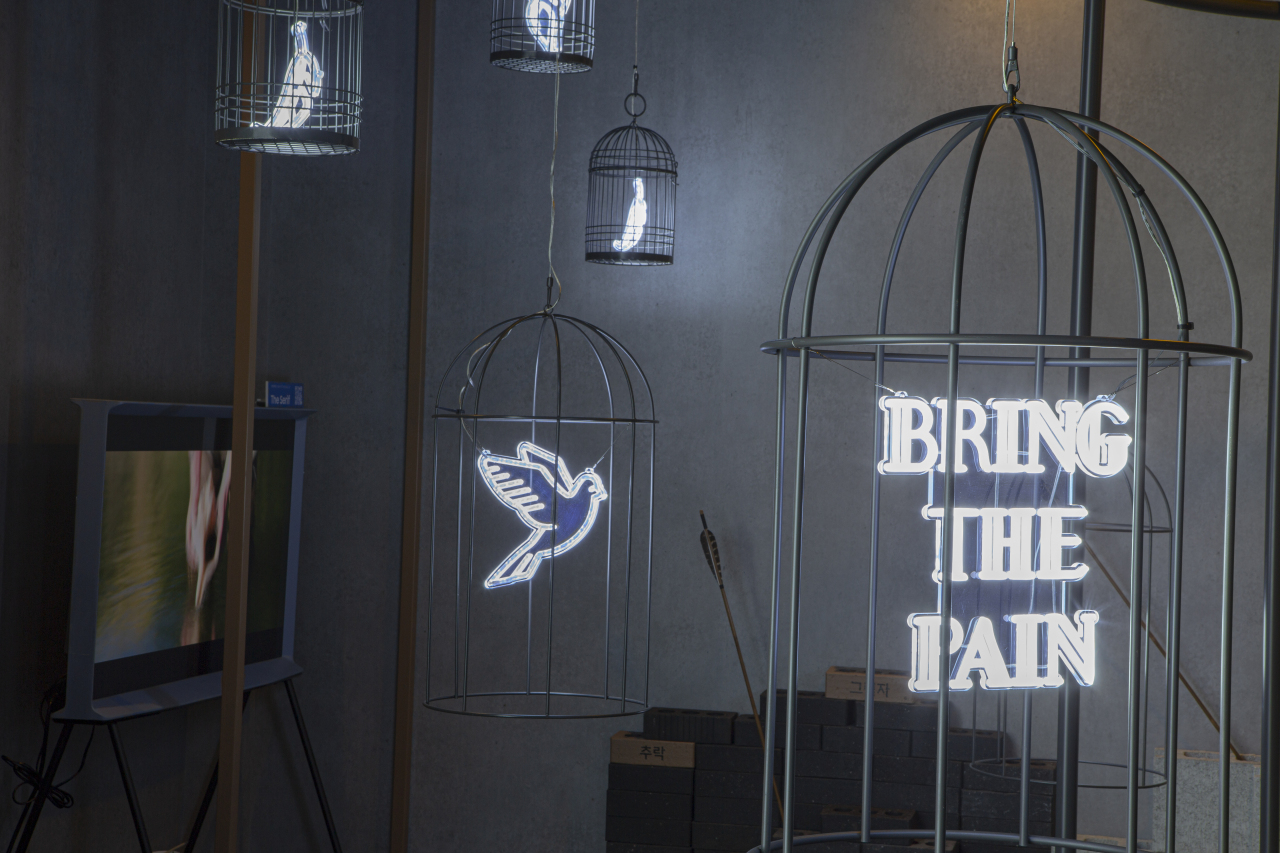 The second floor, designed after “On” and “Black Swan,” showed off more artistic installations. Visitors can walk under a beautifully adorned huge bird cage, a symbolic item from the music video of “On.” They can also take a photo at the backdrop of a main wall that features a pair of black feathers from “Black Swan,” which is layered with color-changing laser lighting. In each corner, the Serif, Korean tech giant Samsung’s flagship lifestyle TV model, has been installed to display BTS music videos. 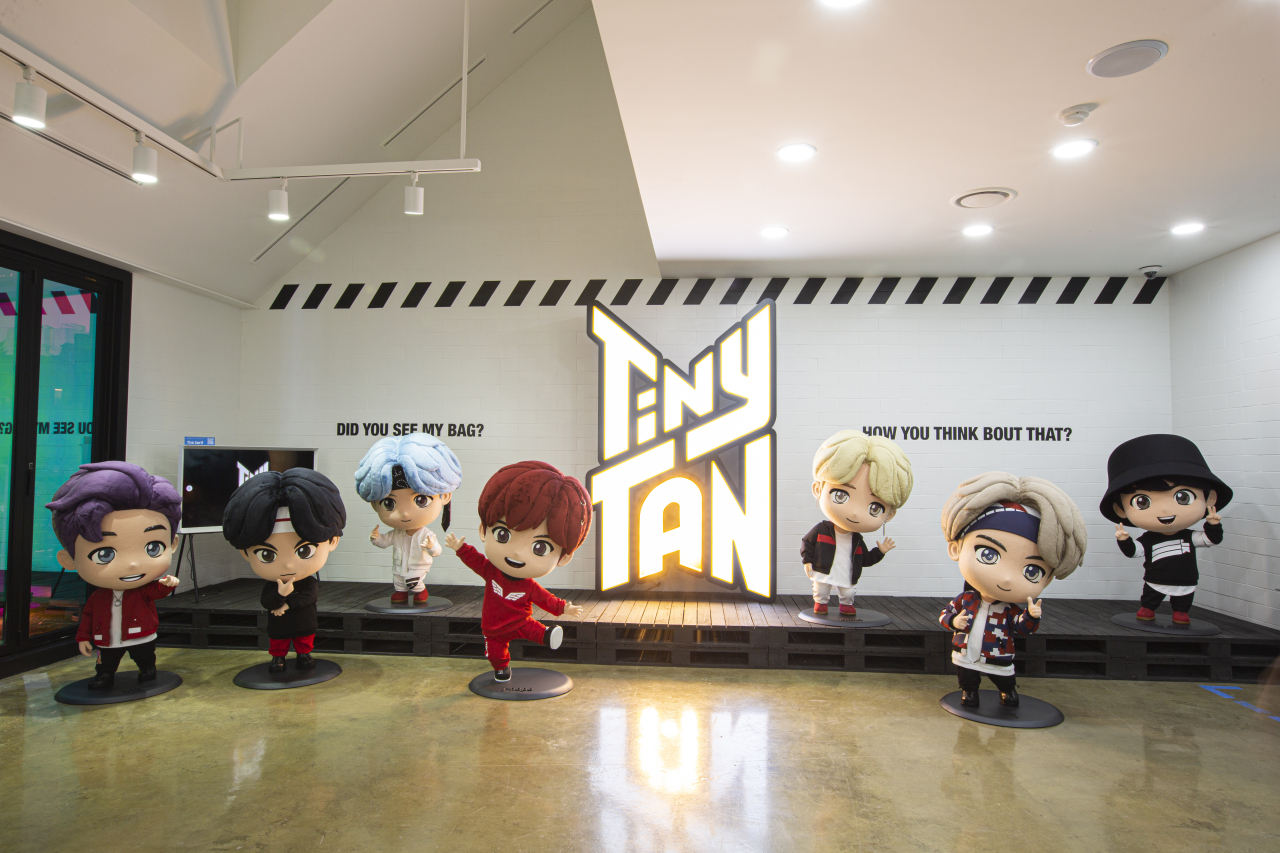 The highlight of the venue is located on the top floor, where a colorful “Dynamite” zone provides a whole package of fan favorites. Various attractions, from the vibrant doughnut shop of the “Dynamite” music video to figures of BTS-inspired TinyTAN characters, serve as great photo spots. The doughnut stand especially grabbed attention, as it featured BTS bandmates' heartwarming hand-written messages for their fans ARMYs. The musicians recently visited the venue to shoot some contents for fans and they decided to surprise fans with the letters, said the official. The purple-tinged terrace embroidered with brightly lit Army bombs -- or BTS light sticks -- playing “We Are Bulletproof: The Eternal” remind fans of a fantastical garden that grows more beautiful at night.

The Seoul showcase runs through Jan. 24 next year and is set to land in Tokyo and Singapore on Nov. 14.

Over the same period, Big Hit is also running a pop-up online store on BTS online fan community Weverse until Jan. 24. The store is currently available for fans in Korea and the US, while it will be open to fans in Japan, seven other Asian countries, including Indonesia, Malaysia and Singapore, and 15 European countries from Nov. 14.