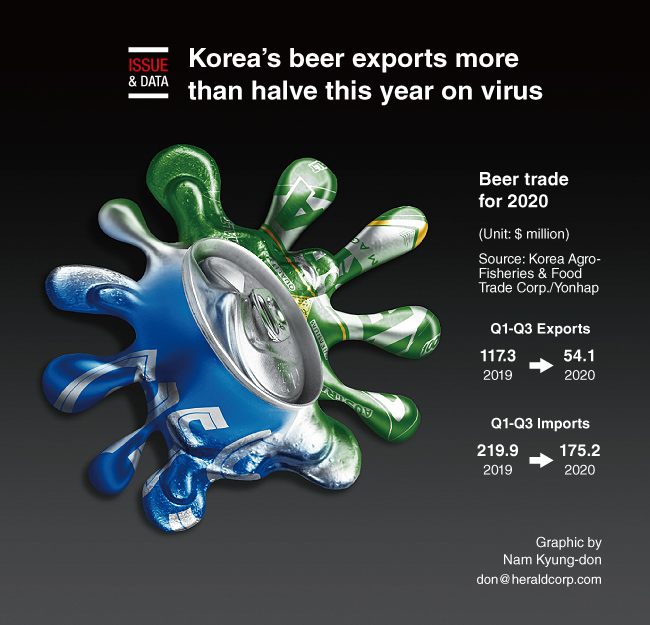 South Korea’s beer exports more than halved in the first nine months of the year in the wake of the coronavirus pandemic, data showed.

Overseas shipments of Korean beer stood at $54.1 million in the January-September period, about 46 percent of last year’s $117.3 million, according to the Korea Agro-Fisheries & Food Trade Corp.

Exports to China fell by a third to $20.3 million from $67.6 million over the cited period. Shipments to Hong Kong sank 27.3 percent, and those to the United States and Russia plunged 41 percent and 78 percent, respectively.

In the nine-month period, Korea’s imports of foreign beer also dipped 20.4 percent to $175.2 million from about $219.9 million a year earlier. (Yonhap)