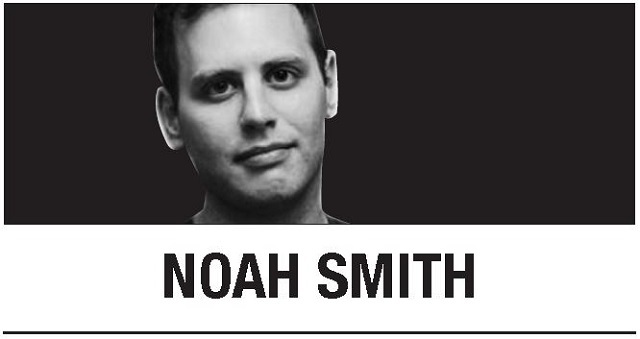 Japan’s bold pledge to cut net carbon emissions to zero by 2050 is very doable, but will require a degree of political will and coordinated, farsighted policymaking that the nation hasn’t enjoyed for some time.

The government’s declaration comes as part of a wave of similar promises. In particular, China, Japan’s regional rival, recently pledged carbon neutrality by 2060. The European Union’s date is 2050, and presidential candidate Joe Biden has promised to commit the US to decarbonizing by mid-century as well.

So a cynical observer might suspect that Japan’s announcement is just playing politics and keeping up with the crowd. Furthermore, countries have a bad habit of setting ambitious goals for decarbonization and then not meeting them -- few signatories are reaching their targets under the Paris Climate Agreement, for example. And when countries do manage to hit their objectives, they often do it by buying carbon credits or outsourcing heavy industry to other countries, rather than by installing green technologies.

This time might be different, thanks to technology. Solar energy has plunged in price, so that on the margin it’s now the cheapest energy source in most nations; it’s often less expensive to build new solar plants than to keep operating existing coal-fired generators. And with batteries continuing to get cheaper at a rapid pace, solar’s intermittence will be less of a problem. Soon, better batteries will also allow electric cars to replace internal combustion vehicles, reducing the need to burn oil.

Japan is in a fairly advantageous position when it comes to reducing total emissions. Its population is shrinking, even with expanded immigration, reducing the size of the task. Japanese per capita emissions, which are already much lower than those of the US, have been effectively flat for two decades:

But to meet its lofty new goals, Japan is going to have to muster serious political will. The nuclear disaster at Fukushima in 2011, which left a whole area of the country largely uninhabitable, has given rise to a popular and successful movement against nuclear energy. That has made decarbonization an uphill battle, since much of the lost nuclear power was replaced with coal.

So why hasn’t Japan adopted solar power? One might expect the nation to be a leader in the field, given the historic strength of its semiconductor industry; there are similarities between the processes used to make solar cells and those used to make computer chips. Indeed, Japanese companies like Sharp and Panasonic were once leaders in solar manufacturing, and solar power surged in Japan in the 1990s.

A number of factors have limited the sector’s growth. Japanese chipmakers have been decisively outcompeted by South Korean, Taiwanese and Chinese rivals in the last two decades, eroding that industrial advantage. Meanwhile, Japan’s geography puts it at a disadvantage -- the country isn’t very sunny, much of it is mountainous, and the flat lowlands are often reserved for agriculture and human habitation. Japan has become a leader in offshore floating solar plants, but these can be vulnerable to the country’s frequent typhoons.

Another reason solar is so costly in Japan is that the country doesn’t install very much. Solar manufacturing and construction are subject to a learning curve -- the more you build, the cheaper it gets. Japan’s powerful, vertically integrated utility companies have long resisted the transition to solar, viewing fossil fuels and nuclear as inherently more reliable. Various inefficiencies in the construction industry and a proliferation of middlemen in the supply chain for solar modules have also raised costs and inhibited adoption.

These factors have conspired to make solar twice as expensive in Japan as in other rich nations. To make a rapid transition to green energy, the government will have to deploy industrial and regulatory policy on a scale not seen in decades.

Increasing competition is already putting utilities under pressure; offering preferential government support only to those utilities that commit to more solar power will help overcome the resistance of stodgy managers. The government should also demand that utilities unbundle power generation and transmission. Making it easier for foreign companies to invest in Japanese solar, and to build solar plants directly, will also help.

The government can also help on the supply side. Investing heavily in researching new renewable technologies, in both solar and batteries, will help Japanese companies regain their competitive edge. Building a national grid will reduce intermittence and help break local utilities’ transmission monopolies.

In the end, the main requirement is political will. The appetite for action exists. Companies and citizens can’t do this alone, though. The government has to commit to a decades-long integrated strategy of regulatory policy, bureaucratic pressure, and big-ticket spending, while going up against powerful entrenched interests. This is the kind of thing Japan used to do in the 1960s and 1970s, but has shied away from recently, preferring comfortable stasis. When facing a menace like climate change, stagnation and inaction are simply not an option.