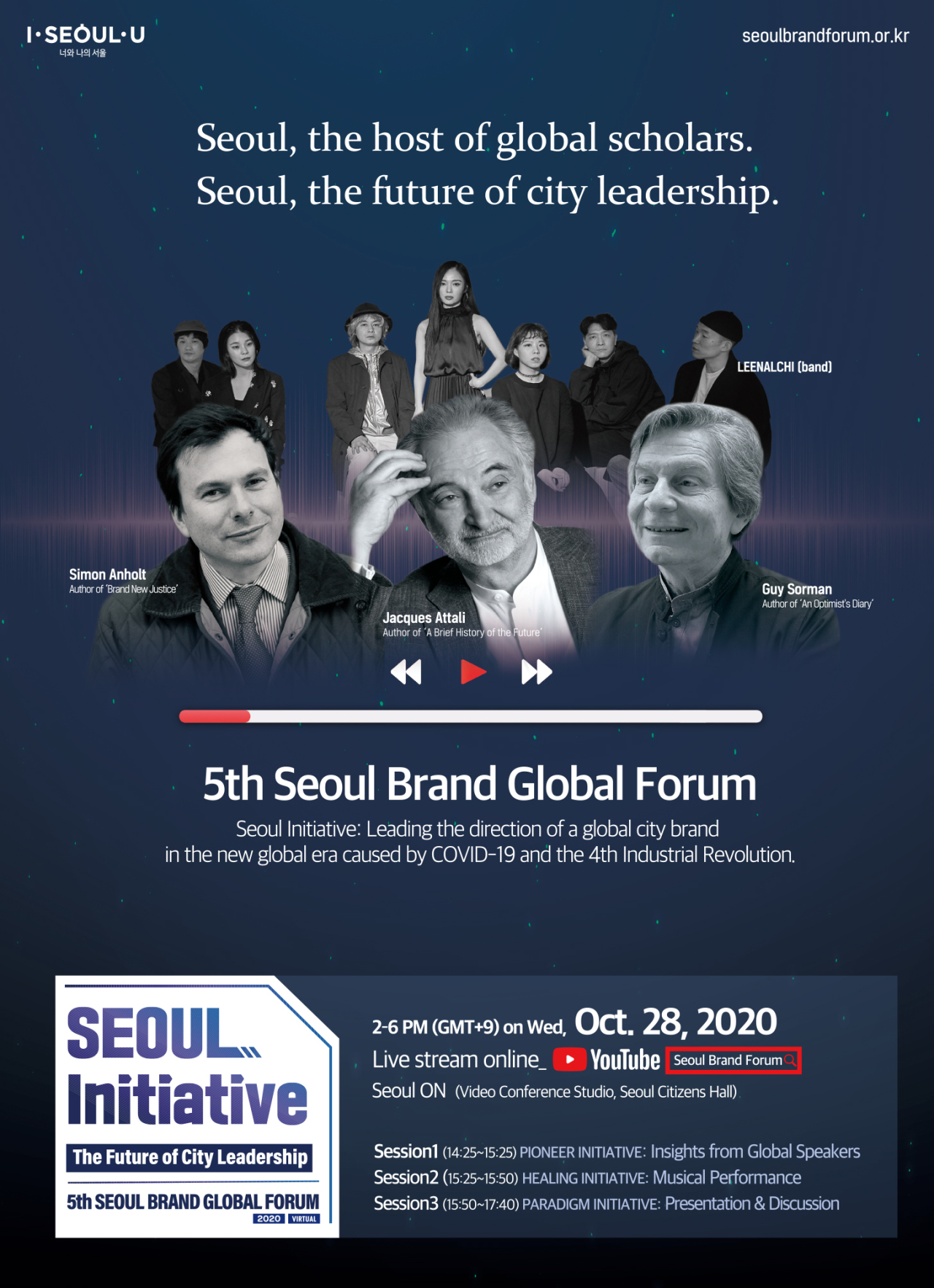 Scholars and experts virtually gathered Wednesday for a livestreamed forum hosted by the Seoul Metropolitan Government to discuss the future of city leadership in the post-COVID-19 era.

The fifth “Seoul Brand Global Forum” was held under the theme of “SEOUL Initiative-The Future of City Leadership,” at SEOUL ON, the city’s studio dedicated to video conferences.

The one-day forum was organized to celebrate the fifth anniversary of the launch of Seoul’s city slogan “‘I·SEOUL·U.” In consideration of the COVID-19 situation, the conference was livestreamed without an audience.

“This year’s forum is meaningful in that Seoul will take the initiative in discussing the future of city brands in line with the new global trend brought by the pandemic,” the city’s Public Communications Director-General Park Jin-young said.

The forum had three sessions. The first session, titled “Pioneer Initiative,” was attended by world-renowned scholars, including Simon Anholt, the creator of the term “nation brand,” and Guy Sorman, a globally acclaimed critic of culture and civilization, as well as economist Jacques Attali.

They exchanged their insights and explored key aspects of the evolution of global cities in the past and present.

During the second session, titled “Healing Initiative,” a Korean gugak-inspired band Leenalchi presented rhythmical performances in front of a background of typography, aiming to give comfort and hope to all people in the world, as well as Seoul citizens who are who are anxious and stressed about social distancing and other fallout from the COVID-19 pandemic.