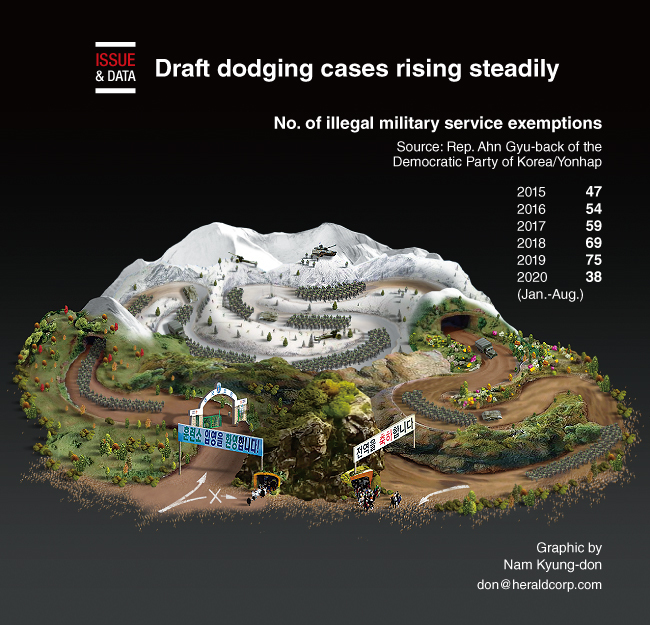 The number of illegal exemptions from mandatory military service detected by local authorities has surged nearly 60 percent over the past five years, a ruling party lawmaker said, calling for tougher punishments for draft dodgers.

Rep. Ahn Gyu-back of the Democratic Party of Korea, citing the Military Manpower Administration‘s data, said the number of people booked by police on charges of illegally receiving an exemption from military duty increased 59.6 percent from 47 in 2015 to 75 in 2019.

The number of illegal draft evasions caught by authorities also showed a steady annual growth in the in-between years, rising from 54 in 2016 to 59 in 2017 and 69 in 2018, Ahn said, adding 38 cases were booked in the first eight months of the year. (Yonhap)