By Park Yuna
Published : Oct 15, 2020 - 10:26       Updated : Oct 15, 2020 - 10:26
As soon as you step into the main exhibition hall of the PKM Gallery, canvases that are seemingly blank from a distance come into your sight. In a few minutes, the lights are suddenly turned off, and you may feel as though you are in a vast universe, the canvases gleaming with luminous green stars. The internationally renowned artist Koo Jeong-A’s painting series “Seven Stars” offers an extraordinary experience to visitors.

The exhibition “Koo Jeong A: 2O2O” at PKM Gallery in Jongno-gu, central Seoul, is the artist’s first solo exhibition at a commercial gallery in Korea. The artist is better known abroad, holding solo exhibitions at prominent art venues, including Centre Pompidou in Paris, Dia Art Foundation, Dia: Beacon in the US. She has participated in group shows at the Guggenheim Museum in New York, Tate Modern in London and the Venice Biennale.

Although the artist’s signature works such as phosphorescent skate park installations are well known at home and abroad, Koo maintains an aura of mystery, with little information about the artist, including her age and educational background, available. According to PKM Gallery, this reflects Koo‘s wish for her work’s to be known rather than the artist herself.

The new phosphorescent skate park installation – Koo’s signature series that she began to produce in 2012 – is situated at the gallery’s garden, allowing people to skateboard during the gallery’s hours. Titled “Resonance,” the skate park installation provides an interactive experience, bridging different cultures of skateboarding, a form of subculture, and fine art. The artwork is particularly striking as it breaks the prejudice that an artistic sculpture -- or fine art -- cannot be used for practical use. 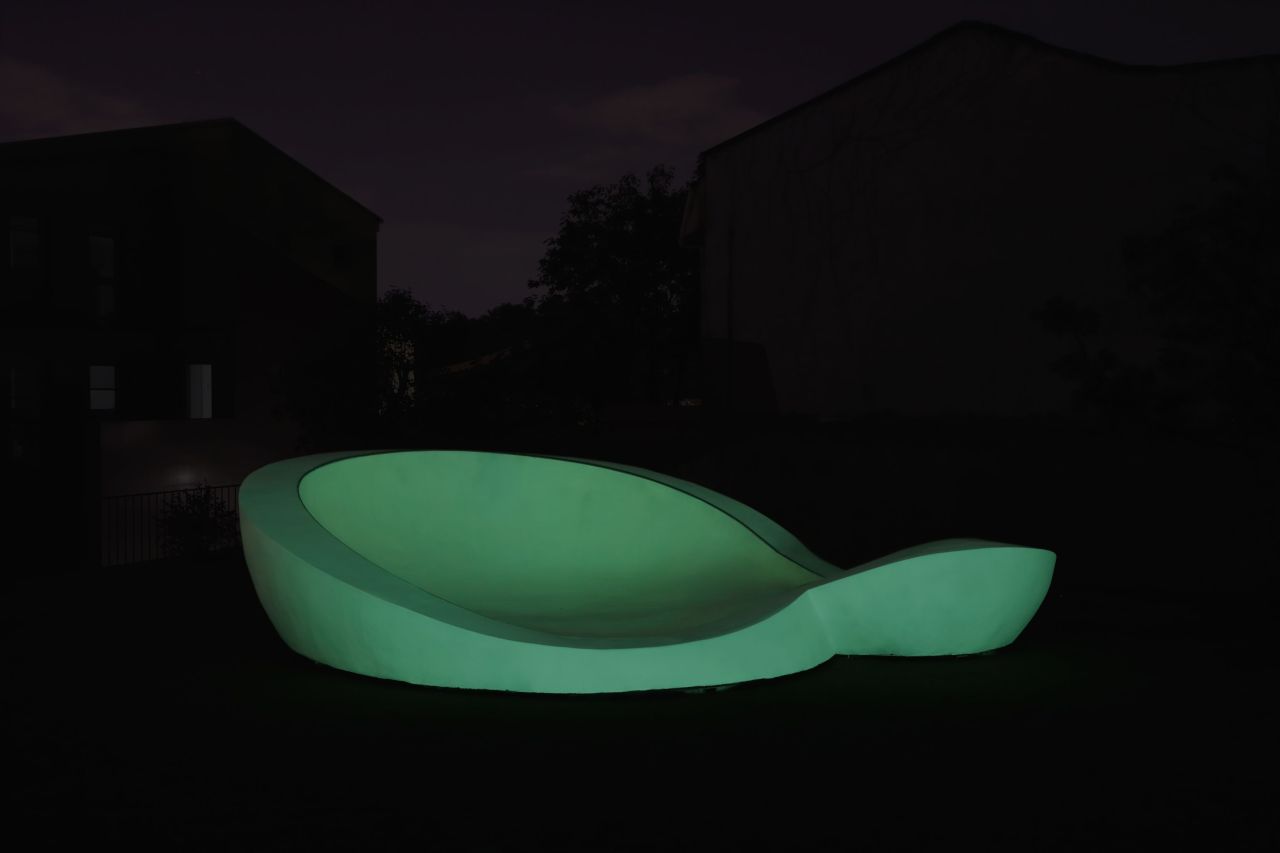 "Resonance” by Koo Jeong-a (Courtsey of the artist and PKM Gallery)
The skate park installation series began as a project to revitalize Vassiviere Island in France to reach out to younger people, according to the gallery. Since then, the skate park series has been shown at the Triennale Milano and Liverpool Biennale.

The PKM Gallery exhibition showcases 30 of Koo‘s latest works, encompassing a variety of artworks including paintings, drawings and sculptures. Among the new works are the magnetic sculptures that were named after the significant dates in history, such as “88,” “518,” “625,” and “911.”

Audiences are required to make an online reservation at the gallery’s official website (pkmgallery.com) to visit the exhibition, which runs through Nov. 28. The artist’s “Seven Stars” series produced in 2019 are on display at the Busan Biennale 2020, which can be viewed at the biennale’s YouTube channel (youtube.com/watch?v=uHBjS0Yui1U).