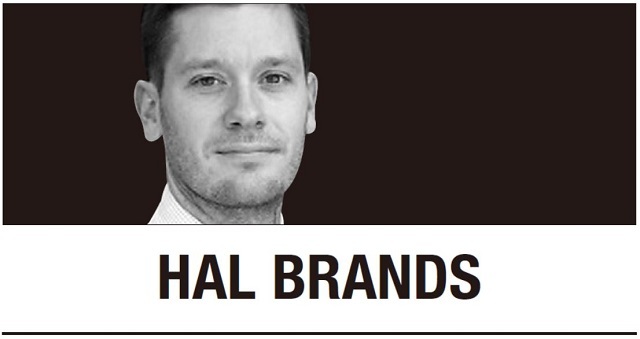 Small wars can tell you a lot about the biggest geopolitical and military issues of the day. Consider the present conflict between Armenia and Azerbaijan over Nagorno-Karabakh. Most Americans have probably never heard of that disputed region in the Caucasus. But the fighting there reveals key fault lines in an increasingly disordered global environment, and it underscores crucial trends in the evolution of modern warfare.

In some ways, there is nothing new about what is happening in Nagorno-Karabakh, an ethnic Armenian enclave inside Azerbaijan’s borders. The clash over that region is one of many “frozen conflicts” left behind by the disintegration of the Soviet Union. After the Soviet collapse, Armenian forces occupied Nagorno-Karabakh in a brutal war that ended in 1994.

Not surprisingly, the cease-fire that ended the war has proven perpetually fragile. So the current round of fighting, which began in late September when Azerbaijani forces sought to reclaim control of Nagorno-Karabakh is simply the latest flare-up in a long-simmering struggle.

Yet it would be a mistake to downplay the importance of the fighting, for two reasons. The first is the disarray it reveals within the international system. It is tempting to see the clash as a US-Russia proxy war, given that Turkey, one of America’s NATO allies, is backing Azerbaijan, whereas the Armenians have close ties to Moscow.

More significant, though, are the tensions the war highlights within the Western world.

Azerbaijan isn’t simply a Turkish puppet, but it has enjoyed outspoken support from Ankara in the conflict. Indeed, the resumption of hostilities against a longtime enemy of Turkey indicates that the war is part of a larger Turkish power play for influence in its geopolitical neighborhood, an effort that also includes interventions in Syria and Libya in recent years.

Turkish president Recep Tayyip Erdogan certainly isn’t acting at Washington’s behest in this endeavor: His government has declared that it is “fully ready” to help Azerbaijan reoccupy Nagorno-Karabakh from Armenia, which has an influential diaspora in America and has appealed for US help in ending the fighting.

Erdogan has also reportedly used US-provided F-16s and Syrian mercenaries against Armenia, although these allegations remain unconfirmed. Even so, Erdogan’s policy has provoked a stern reaction from French President Emmanuel Macron, who has warned that his government will “not accept” any Turkish-backed escalation of the conflict.

If the Nagorno-Karabakh conflict is a mess of conflicting interests and geopolitical intrigues, so too, increasingly, is the alliance that has kept the peace in Europe for decades. Russian President Vladimir Putin could “lose” the present crisis if Azerbaijan inflicts a military defeat on Armenia, but he could still win if the larger legacy is to weaken an already-divided transatlantic community.

The second reason to take the conflict seriously is that small wars have historically served as dress rehearsals for bigger ones. The Spanish Civil War allowed the fascist powers to experiment with terror-bombing of civilians. It provided Germany with valuable lessons about armored warfare. In the same way, the fighting in the Caucasus is one of a series of recent wars that yield clues about how the next great-power conflict might play out.

Russian intervention in Ukraine in 2014 was arguably the first warning. That conflict showed how a resurgent American competitor was now fusing cyberattacks with kinetic strikes, using world-class electronic warfare capabilities to detect and disorient enemy forces, and employing drones, precision-guided artillery and other advanced strike capabilities to wreak havoc on Ukrainian defenses.

Similarly, the Syrian civil war was notable, not because of the primitive brutalities deployed by the Bashar al-Assad regime, but because of how effectively Moscow used its precision-strike capabilities to target the Syrian opposition and its advanced air defenses to limit American freedom of action. Both conflicts previewed what the US might face in a conflict with Russia -- combat on an incredibly lethal battlefield, where even relatively advanced American capabilities would struggle to survive.

Neither Armenia nor Azerbaijan has a particularly sophisticated military, but the conflict between them is telling. Missile strikes against residential areas are a reminder that America’s great-power adversaries could target rear areas and logistical nodes (in Central Europe, for instance) that Washington has long considered secure. Footage of drones destroying tanks and armored vehicles demonstrate how vulnerable mechanized forces can be when pinpointed by advanced sensors and targeted by precision munitions.

It’s true that armor has long been vulnerable to air attack, and part of the reason mechanized forces have suffered in the current fighting is the use of poor tactics and old equipment. Tanks are not becoming obsolete, and US forces would need heavy armor to stand up to a Russian thrust in the Baltics. Yet on the modern battlefield, it will still be difficult to preserve assets such as tanks absent air superiority -- which the US probably would not have in the early stages of a conflict with Russia -- or in the face of sophisticated, precision-strike attacks.

Which reinforces the need to devise ways of bringing US combat power to bear without gathering forces in highly vulnerable formations, as well as the reality that war against a major power would be far more deadly than anything the American military has experienced since Vietnam.

The conflict over Nagorno-Karabakh may seem like a remnant of the Soviet past in an unfamiliar part of the world. Yet the fierce fighting underway there could actually be a preview of the future.


By Hal Brands
Hal Brands is a Bloomberg Opinion columnist, the Henry Kissinger Distinguished Professor at Johns Hopkins University’s School of Advanced International Studies, and a scholar at the American Enterprise Institute. -- Ed.