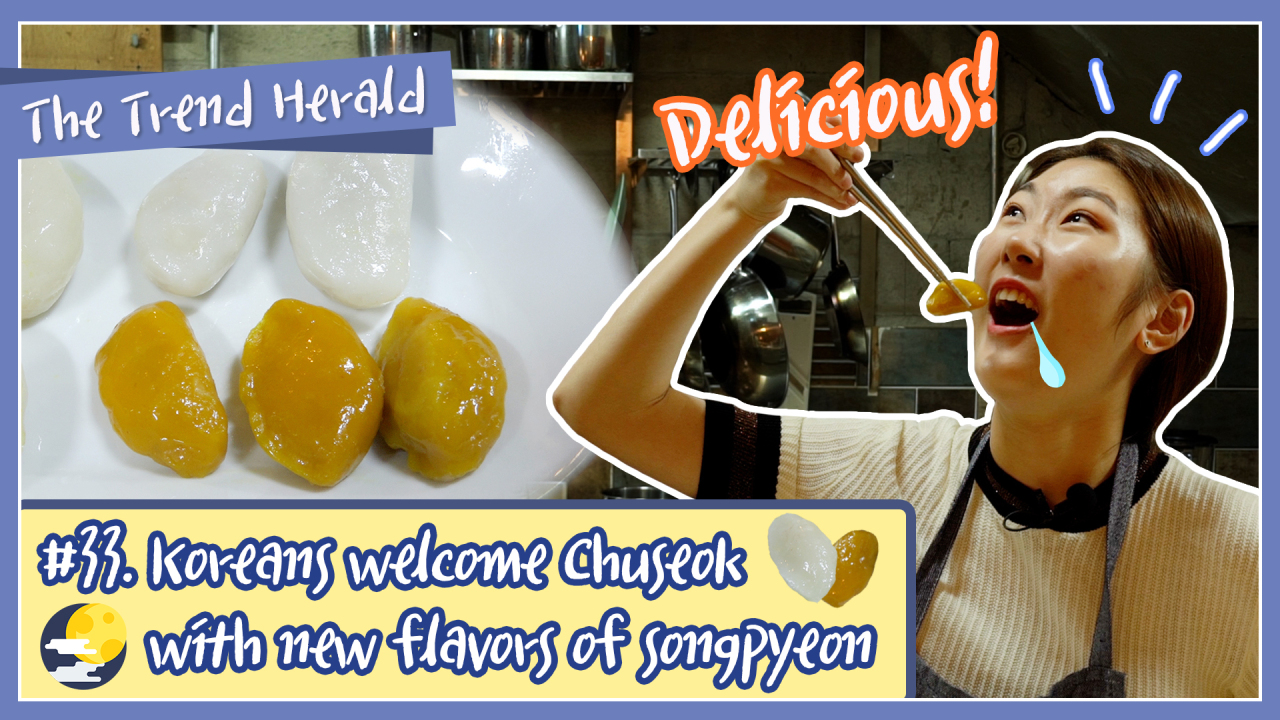 Millions of people in South Korea are set to drive for hours to reunite with their family members for Chuseok, one of the country’s biggest annual celebrations.

Chuseok, also referred to as “Hangawi,” falls on the 15th day of the eighth lunar month, which starts Wednesday and lasts through Sunday this year. Koreans also perform ancestral commemoration rites to honor the year‘s harvest as part of the festival.

The time of celebrations and togetherness features a feast of traditional fare to enjoy at home. Many of the Chuseok staple dishes are primarily made from freshly harvested crops to celebrate the start of autumn. And chief amongs the must-have Chuseok items is songpyeon.

Songpyeon is a rice cake that resembles a full moon. It takes on a half-moon’s appearance once the inner fillings are added and steamed on top of pine needles. The fillings are usually made with sesame seeds, but each family adds a little twist to the original recipe depending on the region they live in by adding pumpkin, acorns, chestnuts, or red beans.

The five-day holiday is also when people make wishes such as health and prosperity for the rest of the year. Be sure to check out the video to learn how to prepare for Chuseok by making songpyeon with your family members.