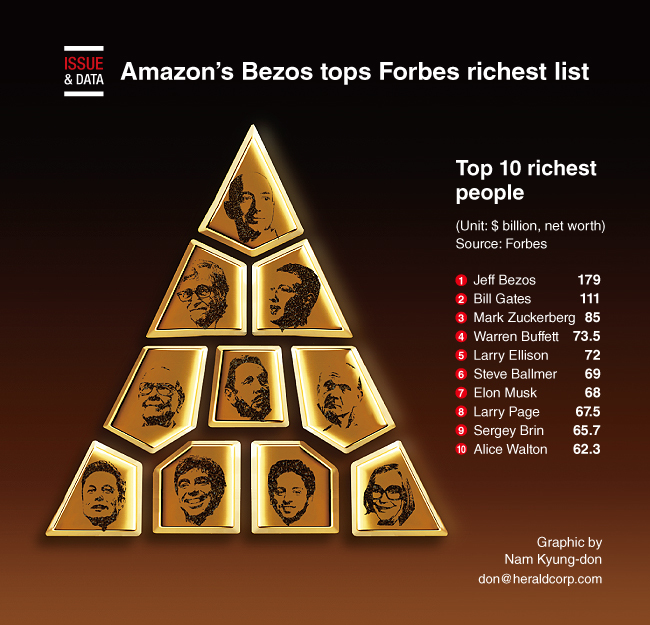 Amazon CEO Jeff Bezos topped Forbes’ list of richest Americans for the third year in a row, while US President Donald Trump’s ranking dropped as the coronavirus pandemic slammed his office buildings, hotels and resorts, the magazine said.

The aggregate wealth of the Forbes 400 list rose to a record $3.2 trillion, as the richest Americans continued to do well even though the pandemic has devastated the economy, which is short about 11 million jobs compared to where it was in February.

Trump’s ranking dropped to No. 352 from 275 last year and his net worth fell to $2.5 billion from $3.1 billion, as office buildings, hotels and resorts, have suffered during the pandemic. (Reuters)