[Daniel Moss] Japan’s policy revolution could start at the margins 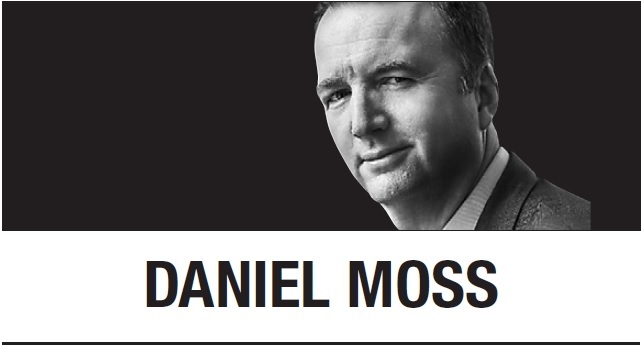 Japan’s likely next prime minister is a huge fan of Shinzo Abe. That doesn’t mean Yoshihide Suga is a carbon copy.

Indeed, the shades of difference between the two men on some key issues are important, particularly when the economy in question is the world’s third-largest, a critical part of global manufacturing and trade, and a pioneer of ultra-low interest rates and quantitative easing.

The first issue to consider is Japan’s consumption tax. Increases have been blamed for past recessions and top ministers have tiptoed around the topic. As the government’s main spokesman, Suga was careful not to separate himself from Abe whenever the hot-button topic arose.

That all changed Thursday, when Suga appeared to break rank, calling an increase in the tax inevitable and tying it to provisions for the country’s aging and shrinking population. (Abe, by contrast, emphasized child care and education when the last hike was pushed through in late 2019.) Less than 24 hours later, Suga was walking -- or running -- back his remarks. At a press conference Friday, he said raising the levy beyond the current 10 percent would not be needed for another decade, bringing his language in line with Abe’s. Japan’s economy shrank at a whopping 28.1 percent annualized rate last quarter, the most since the 1950s, amid efforts to contain the pandemic. The last thing anyone needs is a hobbling of consumer spending. The two previous tax increases were followed by recessions. But the political class does its best not to talk about the levy between hikes. The most recent adjustment was postponed several times before being implemented in October; Abe really had to be dragged toward it by the Ministry of Finance, a longtime bastion of fiscal conservatism.

Still, Suga isn’t off-base to connect the long-term health of the economy to fiscal repair. Some increase in the tax burden is almost unavoidable down the road given how much the government’s taps have opened since a property bubble burst three decades ago, and the current pandemic. The Japan Center for Economic Research, a think tank, concludes that the country faces surging debt, tax hikes and stunted growth well into the 2030s, according to a recent report. Addressing this now, though, would be particularly poor timing.

What does this portend in the medium to long term? Suga’s backpedal suggests he didn’t want to scupper his premiership before it begins. His faux pas might imply that the idea of a consumption tax cut, floated a few times this year as way to reignite growth, is off the table. Or perhaps a hike is something to be considered after a general election. Defense Minister Taro Kono has said he expects a poll next month.

Tentative signs of autonomy from Abe can also be detected in Suga’s remarks on monetary policy and banking. He long pledged fealty to Abenomics, the signature stimulus program of the exiting premier. Suga also supported the prime minister’s preference for ultra-easing at the Bank of Japan, a strategy Gov. Haruhiko Kuroda has pursued since he was appointed in 2013. While Abe preferred to pick his guy and let him get on with it, Suga indicated he would consider nudging the BOJ into further steps to reflate the economy. The BOJ is independent, though like most central banks, it’s a keen student of politics.

Kuroda has said he’s prepared to ease further, if warranted, but officials worry about the impact of negative rates on smaller banks. Suga says the main problem is there are too many regional banks and has favored their consolidation. This suggests that strained profits among provincial lenders wouldn’t restrain him from supporting rate cuts deeper into negative territory.

Stepping out from your predecessor’s shadow is tough when he was such a towering presence. Abe was Japan’s longest-serving premier and dominated the ruling Liberal Democratic Party. Prior to his election in 2012, there was a revolving door of leaders. And none of Suga’s pronouncements sound like the stuff of revolution. With the coronavirus, he has plenty on his plate -- just keeping his job will be a priority. But the odd surprise here and there could hold hints for future policymaking.