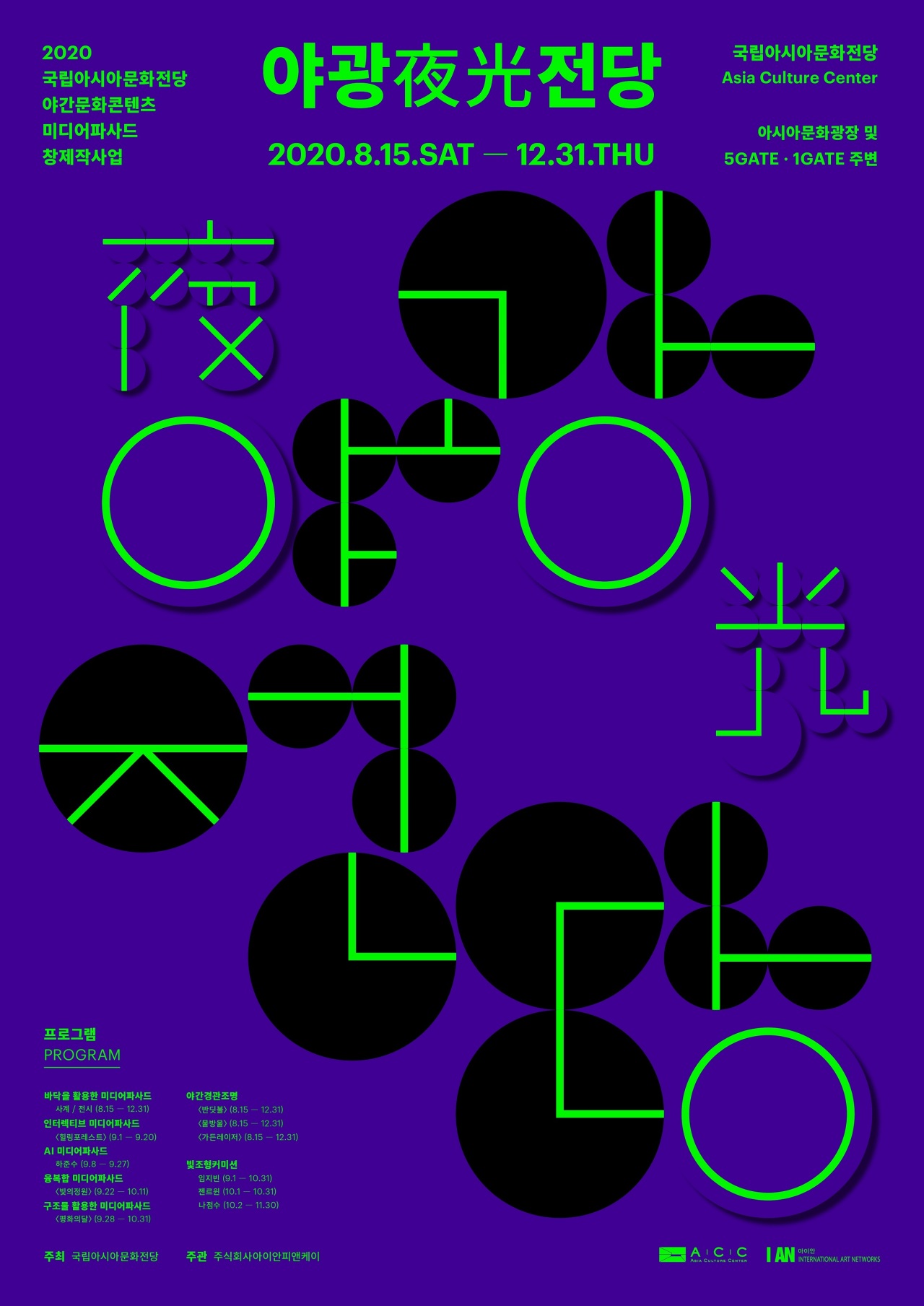 The Asia Culture Center, an international arts and cultural exchange organization based in Gwangju, announced Friday that it will be hosting a multimedia art project titled the Hall of Night Light, designed to illuminate the night sky through a range of light shows and interactive art installations from August 15 to December 31.

Throughout the event, the center will transform into a colorful playground packed full of interactive multimedia art pieces, and feature dazzling light shows which will brighten its exterior and the night view of the city, the cultural complex said.

Over the course of the exhibition, the ACC will showcase five different light shows, which will be projected onto the building’s facades, three commissioned multimedia art installations, and three light installations, within three separate stages of the event.

The first stage of the exhibition will kick off in August, and follows the theme, “The Rising of Night Light Hall.” During this part of the exhibition, the floors of the passage between the subway station and the entrance of the ACC Creation buildings will be illuminated with a host of vibrant projections that feature artistic representations of some of ACC’s most symbolic fauna.

Inspired by ACC’s trees and flowers, IAN P&K’s lightshow, titled the Four Seasons, is orientated around the May 18 democratization movement, and tracks a number of Gwangju’s most symbolic trees and flowers, including the Fringe tree, which has come to represent the movement, and the locust tree, which stood throughout the movement, across the seasons. In addition, media artist Kim Chang-Kyum’s “A Feast of Flowers and Butterflies” and Zhang Xiaotao’s “Three Thousands Worlds” will also be projected on the building’s structure for visitors to enjoy.

September and October will see the second stage of the exhibition, which focuses on the theme of Collaborative Peace. Im Ji-bin, who is known for his Brick Bear exhibition, will bring ‘Peace Bear’ to the ACC, alongside an AI lightshow by Ha Jun-soo, titled ‘To Eternity.’ Additionally, an interactive multimedia projection called ‘Healing Forest’ will also be showcased.

This display will be followed, in October and November, with the third stage of the exhibition: ‘Peace by Moonlight’. Throughout this period, the ACC will project the ‘Moon of Peace,’ a visual feast of peace messages written by members of the community, alongside Jen Lewin’s interactive light installation ‘The Pool’, which allows visitors to create dazzling light displays by jumping around on 100 glowing pads.

“To commemorate the fifth anniversary of the ACC’s opening, we have prepared a series of nighttime exhibitions for people to enjoy and relax among,” said Park Tae-young, acting chairman of the ACC. “Looking to the future, we will continue investing our creative resources into more enjoyable night tourism attractions.”