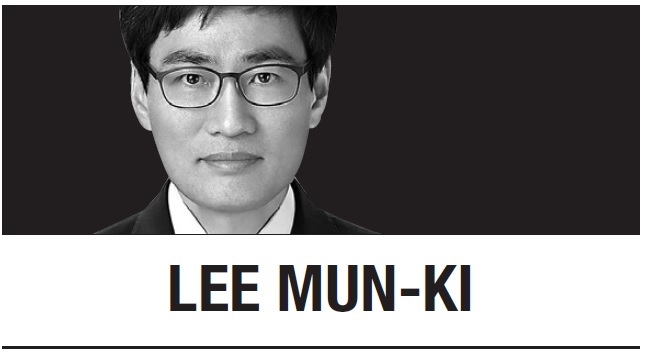 Couples taking a walk with their dogs in the neighboring park after work, parents vigorously riding bicycles with their children in the fresh air at a lake park on weekends, neighbors occasionally walking up and down Mount Wonsu Promenade nearby their homes to keep healthy: These are common scenes of daily life found in the Sejong Administrative City (Happy City).

Parks and green areas in the city have become indispensable spaces for urban residents. According to the recent social atmosphere regarding the importance of work-and-life balance, there are lots of citizens spending time with family, friends and sometimes alone in small and large parks. City parks that are open to everyone are supposed to be the best spaces for citizens.

There was an understanding that the green areas in parks were unproductive land in the past when Korea’s urban policies focused on infrastructure such as housing, roads, water supply and sewage systems. However, recently, an awareness of the importance of the environment has gradually expanded. The change in the urban residents’ desire and value for pleasant leisure space and natural environment brought about a movement to create and maintain the green areas in parks in a citizen-friendly manner.

The administrative city has been being constructed in a manner to create environmentally friendly harmony between the city and nature in order to realize the balanced national development by solving the overpopulation problem in the capital area. This new circular city was built to create a pleasant living environment and to improve citizens’ access to sufficient green areas and waterside spaces inside and outside the city, while providing open spaces like parks and arboretums as relaxing spaces for citizens in the center of the city.

The introduction of citizen participatory governance with the need of an active administration to implement consumer-directed policies seems to be a demand of the times while creating the green areas in parks is a key factor when building this eco- and environmentally friendly city.

As a part of this government innovation, the National Agency for Administrative City Construction (Happiness Agency) operates the National Design Group to ensure that citizens using the green areas in parks participate effectively in the policy process. In 2018, a round tracking road to Mount Wonsu, located in the central green space of the city, was planned and is in the middle of being implemented with the aid of citizens, experts in each field and related agencies.

NAACC is also carrying out a pilot project for Boram-dong Children’s Park in Happy City. Happy City operates a promotion committee consisting of children, residents, teachers, parents and general planners to create a unique playground that can enhance the sense of creation and adventure for children from the beginning as this city has the highest birth rate and percentage of children among domestic cities. Additionally, the Children’s Design Group, comprised of children from nearby elementary schools who voluntarily participate, promoted their own design plan in which they created the playground they wanted to play in using clay, sand, stones and trees. By the time the construction was completed, the Children’s Supervision Group conducted an inspection and evaluation of the facilities and even gave the playground a suitable name. The playground project is considered a good example of the effective application of citizen participatory governance for the creation of the green areas in parks, in which children and the promotion committee joined together from site selection to design, supervision, evaluation and choice of playground name.

“What I have made” may well enhance my expectation, interest and affection. The interest in a park I take part in making and in the playground where my children and I will play will bring life to the spaces. “Our space,” which I will continuously pay attention to and for which the entire community has affection for, will be more vibrant and alive for a longer time. Happy City is still cultivating its life force.


Lee Mun-ki
Lee Moon-gi is the administrator of the National Agency for Administrative City Construction. -- Ed.