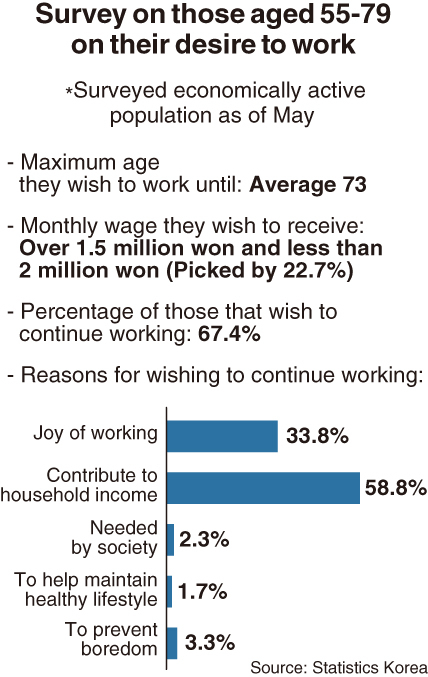 Two out of three workers aged between 55 and 79 in South Korea said they wish to continue working, according to a survey conducted by Statistics Korea earlier this week.

The survey as of May this year showed that the respondents wished to work until 73 on average, although the job market for the age group has deteriorated since the 2008 financial crisis.

Of the respondents, 47.1 percent received pension in the past year.