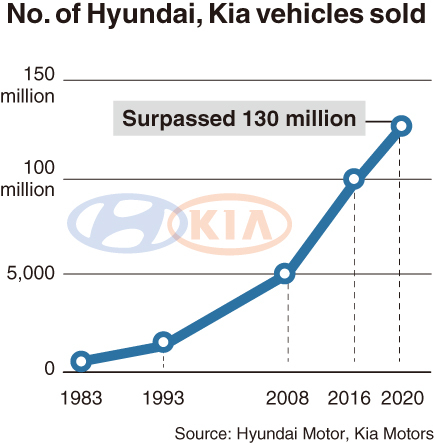 Fifty-eight years since they were founded, Hyundai Motor and Kia Motors have sold a total of over 130 million vehicles as of last month, latest data showed last week.

Hyundai was founded in 1967 and released its first ingenious vehicle Pony in 1976.