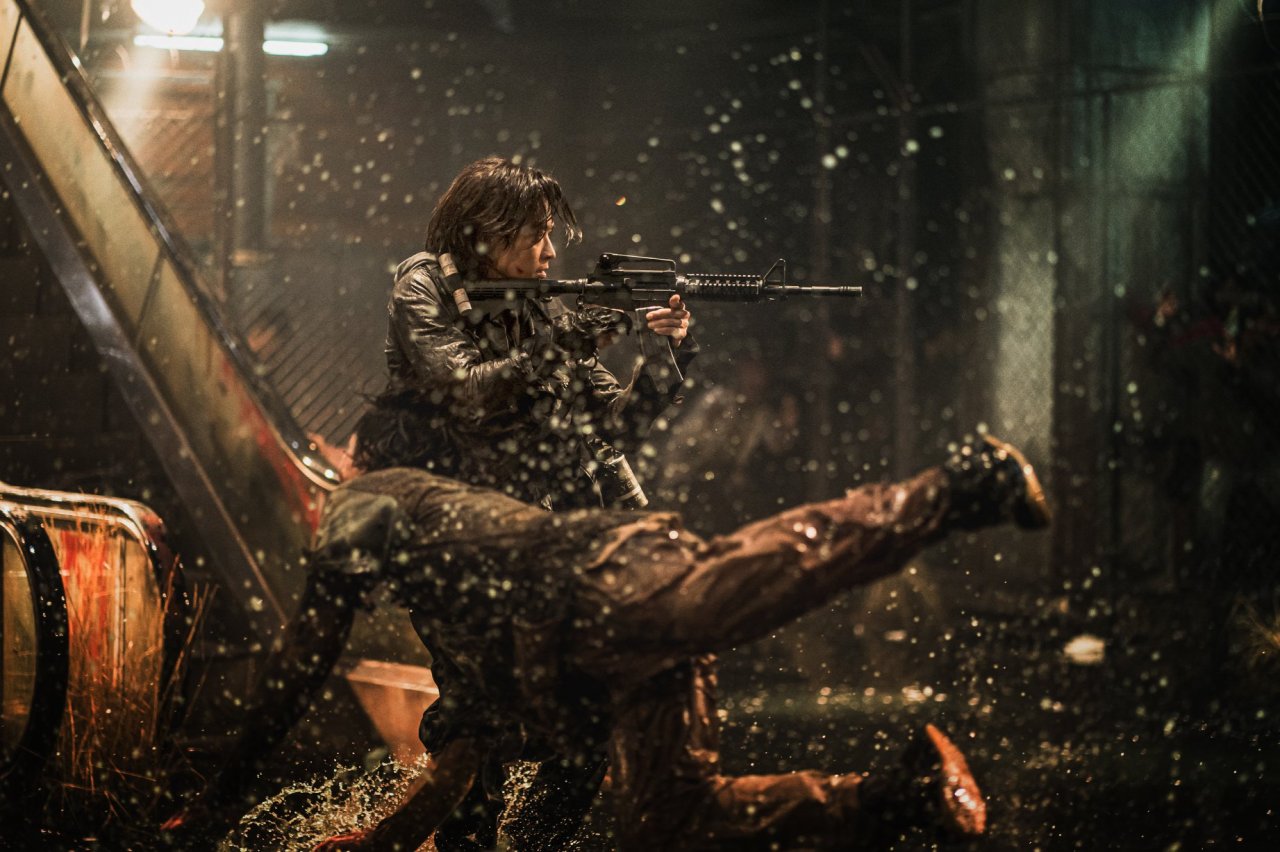 "Peninsula" (NEW)
The new coronavirus pandemic has crippled every aspect of daily life as people increasingly opt to reduce contact, stay at home and shun visits to closed environments out of fear of contracting the virus.

But the movie industry, one of the sectors hit hardest by the COVID-19 outbreak, is pinning hopes on a rebound during the summer, albeit far slower and weaker than expected, as the economy and people begin to limp back to normality.

"July will be our most important pacemaker for a rebound in the second half," said Hwang Jae-hyun, spokesperson of South Korea's leading cinema chain CJ CGV.

"Since the last week of June, 1.6 million people watched the film #Alive safely, without being infected (with the virus). It sent our customers a message that theaters are a safe place, as long as they wear masks," he added.

Brokerage houses also chimed in by saying that the cinema industry bottomed out in the second quarter, and the July-August season is likely to be a crucial juncture for the cinema multiplexes' rebound, they said.

Indeed, the COVID-19 pandemic has dealt a heavy blow to the movie industry since the first local case in late January.

In the January-June period of the year, the box-office admissions tumbled 70.3 percent on-year to 32.4 million viewers, according to data from the state-run Korea Film Council (KOFIC). Sales revenue plummeted 70.6 percent to 273.8 billion won ($228 million).

By month, admissions plunged 67 percent on-year in February and 87.5 percent in March. The figure further worsened in April, falling by a record 92.7 percent, and was followed by another 91.6 percent dip in May.

But the sector witnessed some budding signs of a rebound.

The portion of teenage customers jumped from 1.4 percent in January to 5 percent in March-June, with those in their 20s surging 21.2 percent to 32.3 percent, Lotte Cinema data showed.

The June recovery was smaller than what the industry had hoped, but blockbusters set to be released during the summer season may provide a respite to the movie industry.

Homegrown blockbusters will lead local theaters in July, with Hollywood mega-scale projects also set to take the baton in August.

The film "Peninsula," a sequel to the South Korean zombie blockbuster "Train to Busan," is set to hit local theaters Wednesday. The 16 billion-won project originally required about 5.24 million views to break even, but brisk overseas presales reduced the burden to 2.5 million views.

"Steel Rain 2: Summit," a sequel to the inter-Korean action flick "Steel Rain," will launch on July 29. The 12.1 billion-won project breaks even at 4 million viewers.

The release date of the hard-boiled crime action "Deliver Us from Evil" was pushed back to Aug. 5 from the originally set mid-July. The 13.8 billion-won project breaks even at 3.5 million viewers. The film was originally rated R but later cut some brutal scenes to obtain a PG-15 rating to boost ticket sales.

Most anticipated Hollywood mega-projects have postponed their July releases.

Warner Bros. Pictures' blockbuster "Tenet" moved its local release to Aug. 12. The $200?225 million project pushed back the release from the originally set end-July due to coronavirus fears.

"We are waiting with our fingers crossed for the US virus toll to go down," a CGV official said.

"A fast recovery in the second half requires higher ticket sales in both local and foreign films," he added.

In 2019, foreign films attracted 111 million viewers, or about 49 percent of the local box-office admissions.

Sales from foreign films set a new record at 943.2 billion won, with nine of the top 20 annual box-office hits being Hollywood blockbusters.

At present, local multiplexes can only seat up to 70 percent of their capacities, as part of an eased social distancing scheme.