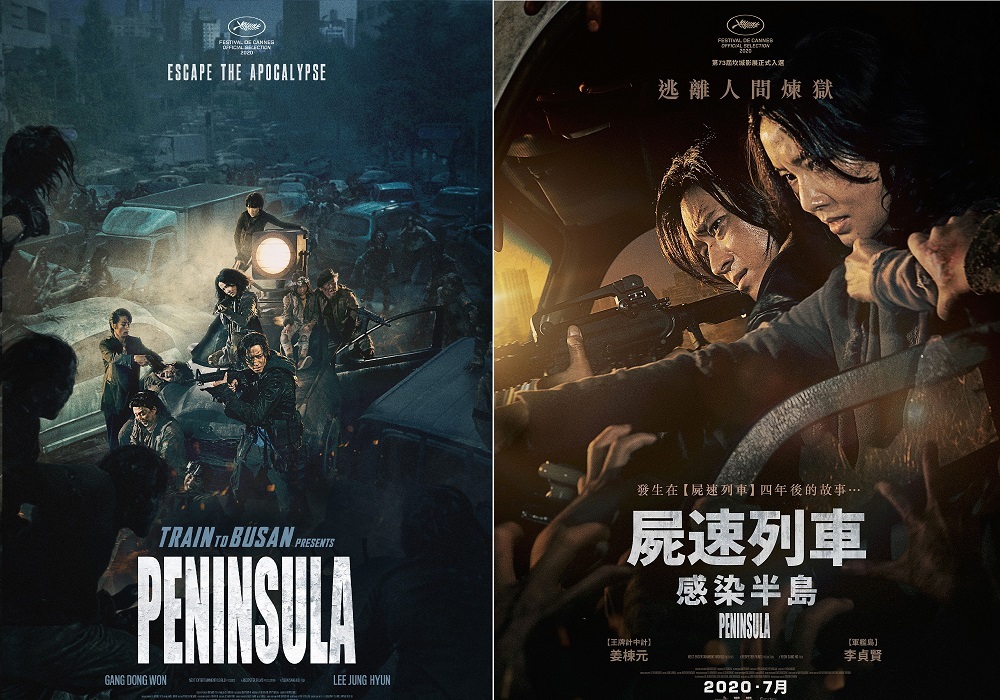 "Peninsula" poster in English (left) and for Taiwan (right). (NEW)
With “Train to Busan” having scored as a major global success in 2016, the film’s sequel “Peninsula” has already been sold to 185 countries ahead of its official release in Seoul set for July 15.

Film distributor Next Entertainment World on Tuesday announced it has secured distribution deals for zombie flick “Peninsula” in 185 countries, including North and South American territories, the UK, France, Germany, Spain, Italy and Russia.

In Taiwan and Hong Kong, where “Train to Busan” set record sales for a Korean movie, “Peninsula” will open on the same day as in South Korea. It will open in Malaysia the following day.

“We feel fortunate to deliver such good news ahead of the summer peak season for the global film market,” Contents Panda, NEW’s affiliate in charge of global sales and distribution, said Tuesday.

While the film was invited to the 73rd Cannes Film Festival on June 3, the company said overseas buyers had been showing great interest in the upcoming film even ahead of its selection. This year’s Cannes festival was canceled due to the ongoing COVID-19 pandemic.