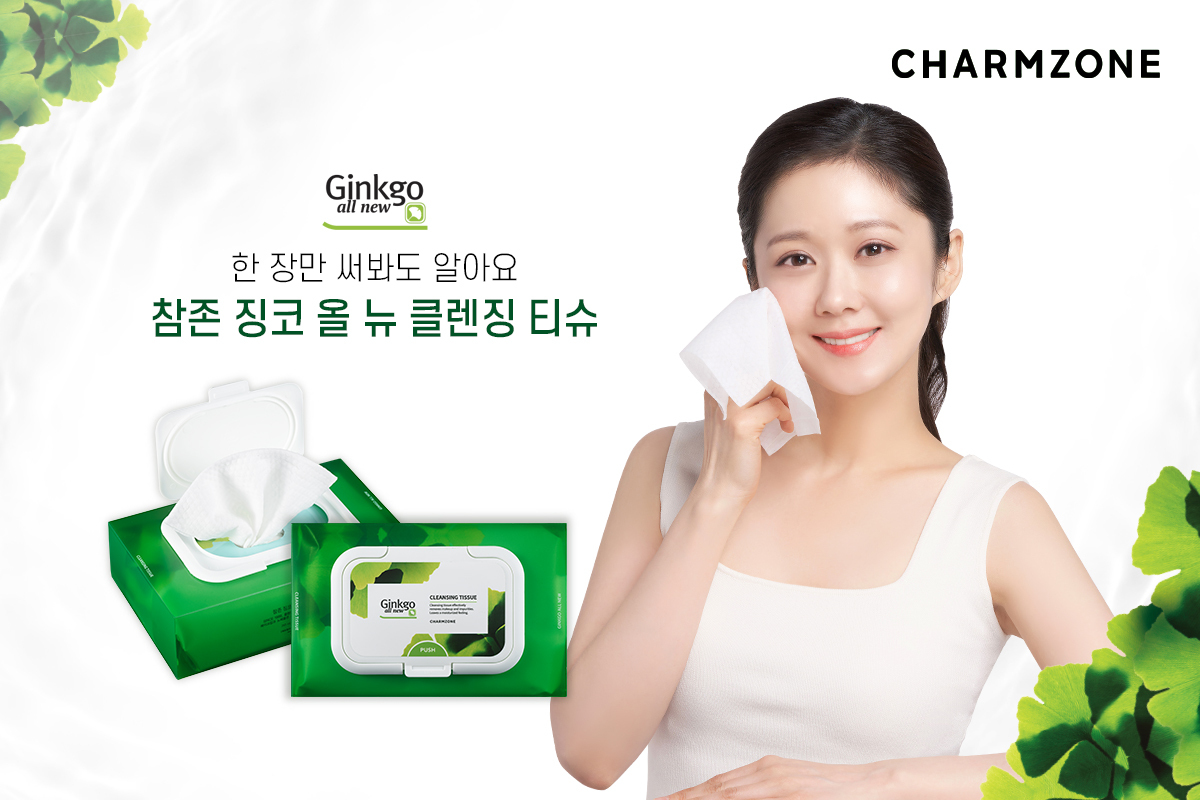 Since it was launched in 1993, Ginkgo has been the flagship cleansing brand for cosmetics company Charmzone, recording the company’s highest sales for 22 consecutive years.

Charmzone recently released the renewed version of the Ginkgo All New Cleansing Tissue, which is a steady seller with accumulated sales of 1.25 billion sheets as of March this year.

The cleansing tissue received much attention even before its renewal, as Korean actress Jang Nara endorsed the product on TV.

According to Charmzone, the Ginkgo All New Cleansing Tissue is the fruit of 27 years of research at the company, and among its cleansing product line, it contains the highest amount of five elements extracted from ginkgo leaves.

The product boasts excellent quality and helps remove dead skin cells, sebum and blackheads, having had gone through 12 clinical trials before release, the company said.

Nowadays, the cleansing tissue is also gaining attention as a “skip-care” product, as it conveniently cuts out long cleansing procedures and allows users to simply wipe off sunscreen and waterproof makeup using a single sheet, the company said.