Returning with zombie flick “#Alive,” the actor shares his thoughts about the film, his life

“(Jun-woo) Is a not-so-special guy who is pushed to the most extreme situation in the film, and I wanted to show his emotional changes rhythmically and naturally. Personally, the essence in acting Jun-woo was making him seem comfortable and loveable to the viewers. I wished people could burst out laughing as they watched him,” Yoo said during a media interview conducted in Seoul on Wednesday, ahead of the film’s release next Wednesday.

“Like my approach to Jun-woo, I think being comfortable is the most important thing for me right now. That could also imply that I wasn’t comfortable until now. I tried to endure the feeling of discomfort that came as I pursued my values and challenged myself, rather than taking the easy way. This is also one of the reasons why I chose an entertaining film like ‘#Alive’ and lately took part in television variety shows. It’s sort of an attempt to break free from the tedium of life.”

Yoo, who is appearing on this week’s episode of MBC’s popular reality show “I live Alone,” said he reached out to the producers first and requested to star in the program.

In the film, Yoo plays a professional gamer and a YouTuber who gets stranded inside his home after an unexplainable disease spreads in the nation, turning the infected people into zombie-like forms. Following Jun-woo’s extreme emotional and mental fluctuations as he struggles inside the house, the first part of the film -- before he finds another survivor in the apartment complex -- feels somewhat like Yoo’s monologue, and the actor says that was in part the feeling he was trying to create. 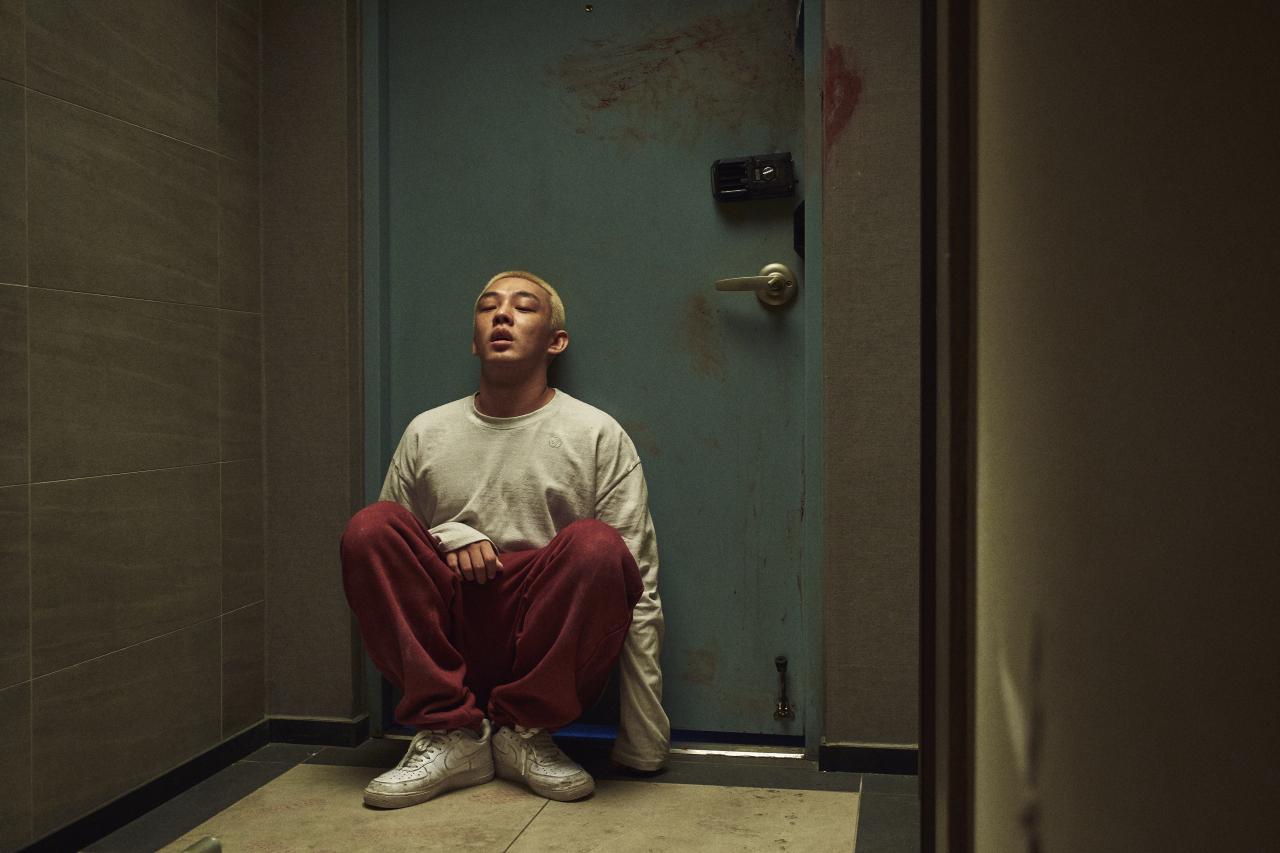 "#Alive" (Lotte Entertainment)
“For example, in the scene where Jun-woo imagines himself reuniting with his family, I wanted to symbolically depict the emotions he feels at that moment, rather than directly showing the family inside the house. I thought using everyday sounds, such as those of the door clicking open and the sweeping of clothes, would be more effective in delivering a short yet strong impression of the family’s presence,” Yoo said.

“Although I don’t usually give suggestions about the script unrelated to my acting, I took the courage this time and, luckily, the director was positive about them.”

Yoo said his counterpart Park Shin-hye was someone who also was not shy of voicing her opinions, and this was what made their chemistry pop.

“Although I myself am an assertive person, Park was never discouraged by me and relentlessly shared her ideas. This whole process of (communication) was fun. I felt like we were making the film together.”

Yoo, now 34, says he went through quite a long period of feeling lost, especially after he turned 30, but his attitude has changed recently.


“I spent the time without a clear direction or goal in life, and while in the past I would intentionally think about the feeling of instability, now I just accept it as a fact. I’ve realized that what I had believed as powers advancing me forward had just been dragging me forward,” Yoo said.

According to Yoo’s words, rather than being the protagonist of his own life, he now stands on the outer corners, as an observer of what happens in his life.

“I think I don’t want to try as hard as before. Rather than struggling to have initiative in everything, I want to let things flow naturally now,” he added.

“It’s like the movie. While I had felt like I was ‘made to live’ before however hard I tried and successful I was, now I feel ‘alive.’ I’m aware of the fact that I am surviving. Especially in such period as now (referring to the COVID-19 pandemic), I think it is the most valuable that we acknowledge the sense of being alive, healthy, and, in my opinion, ‘#Alive’ is a film that delivers such feeling.”

“#Alive” is a remake of the 2019 US thriller “Alone” directed by Johnny Martin and written by Matt Naylor. Director Cho Il-hyung and Naylor adapted the story to Korean setting, and the Korean version follows around two survivors Jun-woo and Yu-bin who try to escape the zombie-packed apartment complex.