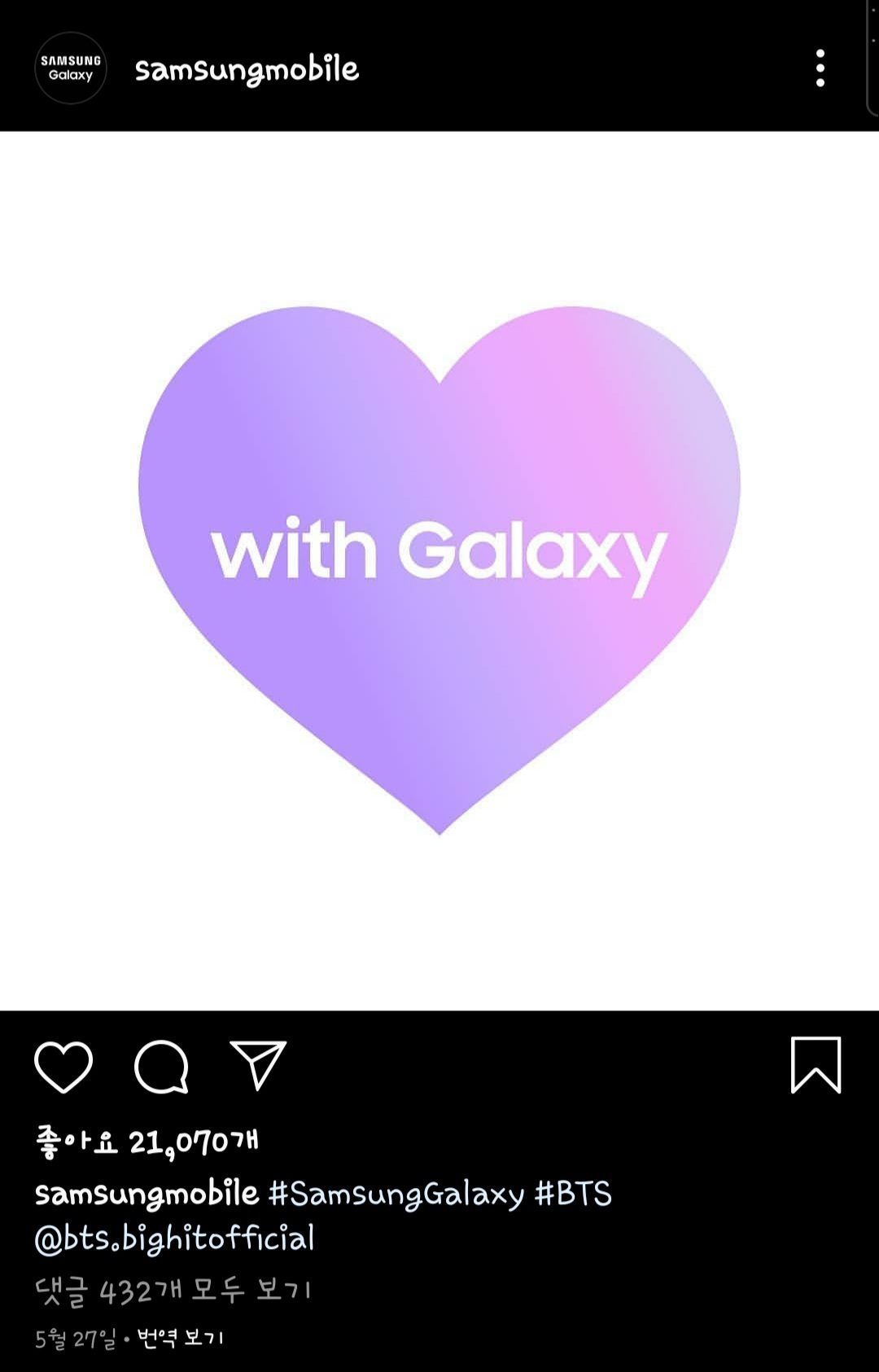 The purple color symbolizes BTS and its fan club Army.

The anniversary of the day the fan club was officially named in 2013 falls on July 9.

A video clip that hinted at the launch of the BTS edition Galaxy S20 was posted on Twitter and Instagram last week.

The video delivered the message, “Find your purple on July 9.”

Samsung has announced its partnership with BTS on its latest mobile products since early this year.

During the Galaxy Unpacked event held for the Galaxy S20 and Galaxy Z Flip in San Francisco in February, V, a member of the seven-piece group, made a surprise appearance in a presentation video of the latest Galaxy Buds Plus.

Although BTS is not an official model of the Samsung Galaxy S20, the two parties are seeking various forms of collaboration under a long-term partnership, a Samsung official said.