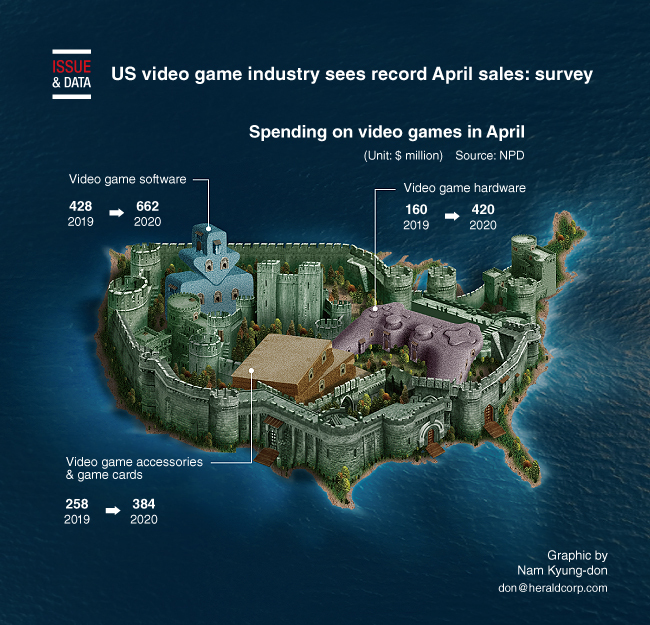 Spending on video games in the US jumped to a new April record as locked-down consumers sought refuge in playing games, industry figures showed.

A total of $1.5 billion was spent on video game hardware, software, accessories and game cards, eclipsing a previous April high of $1.2 billion spent in the US in 2008, according to NPD analyst Mat Piscatella.

April was the first full month of tight restrictions on people’s movements in the US to prevent the spread of the deadly novel coronavirus.

Sales of video game software alone climbed 55 percent to $662 million, a new record high for the month, according to NPD. (AFP)