[Herald Interview] Yubin, CEO and artist, is happier than ever

The track has already garnered a buzz for mentioning JYP in the lyrics: “I’m freaky freakin’ happy / I feel free / THX JYP but Free now.”

“I was at one company for a very long time and felt like I was becoming too content, so I said I wanted to go independent and he was supportive,” she explained.

“He, along with other staff of the company, gave me a lot of advice on how to launch my firm, set up a whole system and so on.”

“The lyrics were a gesture of gratitude toward him – I even thanked him for the organic food at the cafeteria in the song – and of confidence in myself.”

J. Y. Park said he would be looking out for the song when she told him his name would be mentioned in the song.

Compared to her previous title tracks, “Lady” and “Thank U Soooo Much,” that aligned with her reputation as “girl crush,” the latest track appears much more relaxed, playful and relatable. It talks about how people respond to work messages with “nep” (a Korean-language equivalent to yep) instead of “yes,” and the sense of freedom and joy one feels after a workday.

“I used to say ‘okie,’ ‘okay’ or ‘yes’ all the time, but since founding my company, I became not only an artist but also an office worker and noticed myself using ‘nep’ much more. It sounds more determined, capable and put together,” she said with a laugh.

“These days I feel so happy and liberated after a hard day of work, and thought it was an emotion many people can relate to. The song shows a carefree, cheery side of me that I didn’t get to show through my music before, and I tried to be myself as much as possible.” 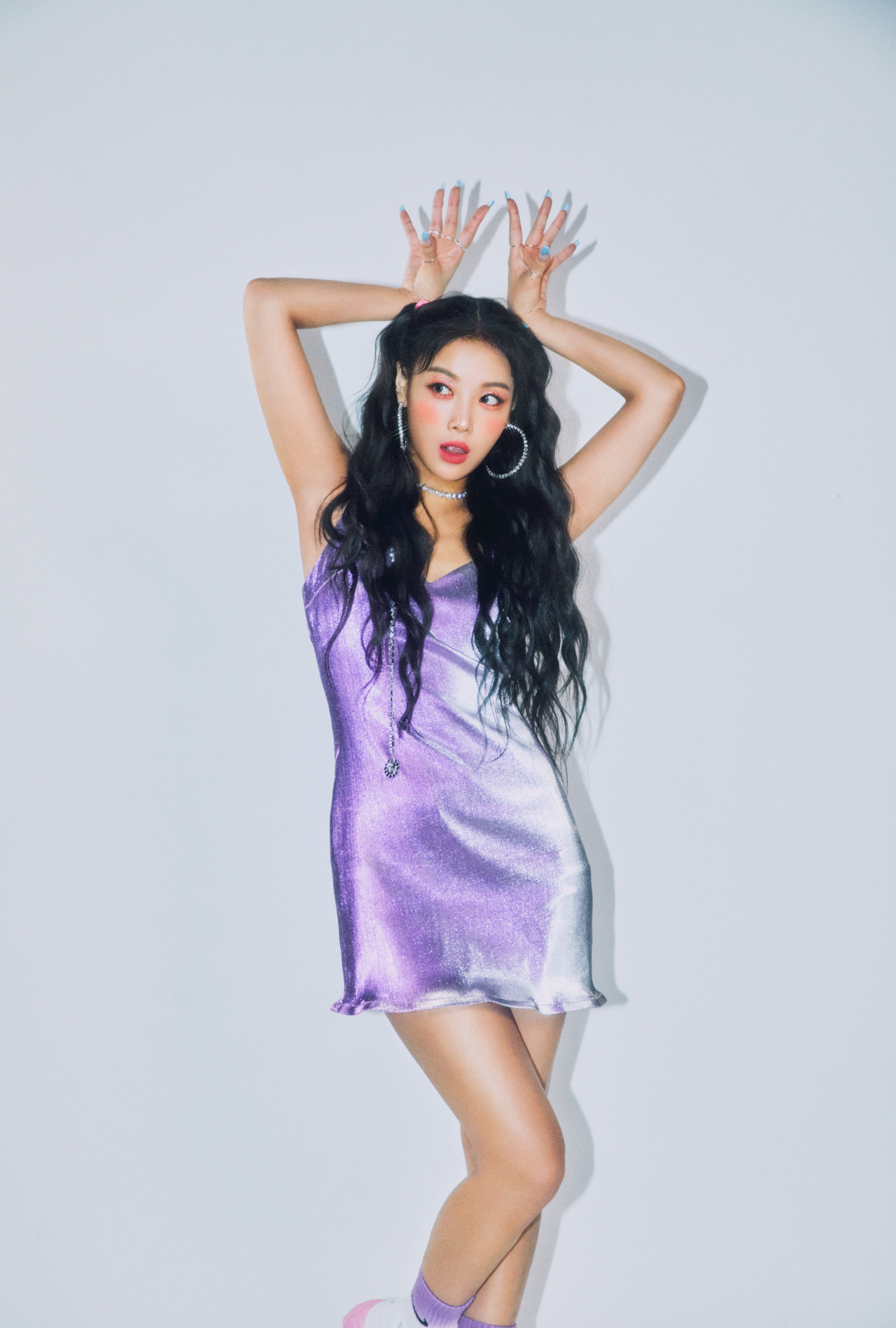 The song came together when she was discussing some changes she had undergone since starting her label with composer Shim Eunji, whom she worked with for a long time at JYP Entertainment.

“I don’t feel any pressure to write and produce my songs. There are many great songs out there by others which I would love to perform; this one just happened to work out naturally.”

Going with the flow and enjoying the present are Yubin’s big mottos nowadays. Despite the hectic schedule and a company to take care of, she said she is having the time of her life.

“I am amazed how sheltered I had been as I belatedly realize so many decisions and people are involved for a single performance to take place or an album release.”

“As a CEO, I have become more realistic and responsible and pay more attention to what other people think. If I was saying ‘Why can’t this work?’ before, I notice myself saying ‘Ah, I see why that is’ more these days. But these challenges are so fun to tackle because it helps me learn and understand why certain things worked in a specific way before.”

Her goal for rrr Entertainment is to create a nurturing space for many entertainers, not only limited to musicians but also actors, actresses, comedians and YouTube influencers. She believes good synergy is produced when all of these talents are put together and motivate each other.

Another ambition of hers is recruiting all former members of Wonder Girls to her label. While preparing its launch, she recalled how they had once discussed working as a team on their own.

As member Hyelim recently joined rrr Entertainment in March, it seems like she is getting closer to the dream.

“I’ve been getting some texts from Yeeun these days,” she joked. “Of course, it would be great to have Sunmi too, but I don’t want to be disrespectful because they’re currently in different labels. They are welcome anytime here though, and even doing a collaboration or forming a project group sounds fantastic.”

Hopping on TV and radio to promote her music while running a company leaves Yubin little time for sleep, but she believes every moment is absolutely worth it.

“When I left JYP Entertainment, J. Y. Park told me that a pathway to happiness is also a pathway of difficulties. Indeed it is hard, but I am enjoying every moment of it.”