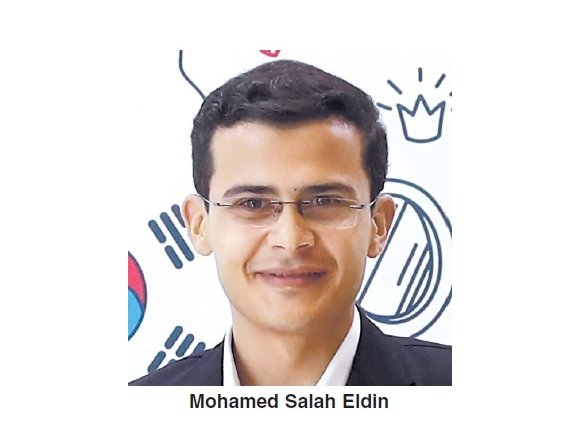 “We are facing a global health crisis unlike any in the 75-year history of the United Nations.”

UN Secretary-General António Guterres said this in a video news conference on March 19, urging urgent global action to prevent the spread of the novel coronavirus disease (COVID-19). Thus the world has sought solidarity and cooperation as the keys to overcoming the crisis.

So how is Korea coping with the crisis? The answer is in a YouTube video recently made by the Korean Culture and Information Service called “Korea, Wonderland?” This video contains the stories of solidarity and cooperation of Koreans who have fought the COVID-19 crisis and previously overcame the Asian financial crisis of the late 1990s.

Back in the late 1990s, many Koreans actively participated in a voluntary gold collection drive to help the country overcome the financial crisis. Such a concerted effort by Korean society was praised by the International Monetary Fund. The video says a similar movement is occurring in the country again to overcome the pandemic.

With the international community overwhelmingly suffering from COVID-19, the World Health Organization (WHO) has lauded Korea’s response to the coronavirus based on solidarity and cooperation as a successful model.

WHO Director-General Tedros Adhanom Ghebreyesus on March 11 praised the Korean government for responding to the disease instead of surrendering, saying, “It educated, empowered and engaged communities; it developed an innovative testing strategy and expanded lab capacity.

”It isolated suspected cases in designated facilities rather than hospitals or at home. As a result, cases have been declining for weeks. At the peak, there were more than 800 cases, and today, the report was only 90 cases.“

In my view, the first factor behind the success of the Korean model is transparency. This means the country didn’t hide the problem but rather released all information transparently. The confidence between the government and its people is like a seed that can grow on the basis of mutual trust. The government unveiled all facts with no lies and the people cooperated with their government and fulfilled their obligations, consolidating trust between both sides.

The second success factor is ”social alertness.“ This was especially emphasized by Egyptian residents in Korea, who are my sources that inform me about substantial measures taken by the Korean government.

Korea has maintained among its people social alertness to fight COVID-19, particularly in places where many are in close proximity, through the use of broadcasting and promotional posters in multiple languages in the subway. Face masks and hand sanitizer are offered free to students from both home and abroad to keep them alerted and disinfected.

One of the most surprising responses I found in my coverage is the Seoul Metropolitan Government‘s attempts to track and block any potential for infection. The city strives to track the routes of all confirmed cases and manage those under self-isolation via smartphone apps.

Apart from that, Korea also came up with innovative ideas to test suspected cases in a speedy, accurate and safe manner. A leading example is the walk-through testing booth.

This single-person booth has a sound pressure facility and a transparent screen dividing medical personnel and patients, who communicate via intercom. Doctors can safely swab a sample from the patient inside the booth using gloves equipped on the booth.

This booth has garnered considerable coverage by foreign media. The US-based Vox News wrote, ”The seven-minute exam allows it to test almost 10 times as many samples as it could without the special booths.“ Such innovation backs Korea’s success, it quoted the hospital that developed the system as saying.

We must win the war on COVID-19 through the weapons of harmony, solidarity and knowledge. The Korean government has tackled the crisis in a new manner never before seen. To overcome this worldwide crisis, I believe it is essential for Korea to actively share with the international community the experience and information the country has accumulated in the disinfection and treatment of the coronavirus as well as related clinical data.