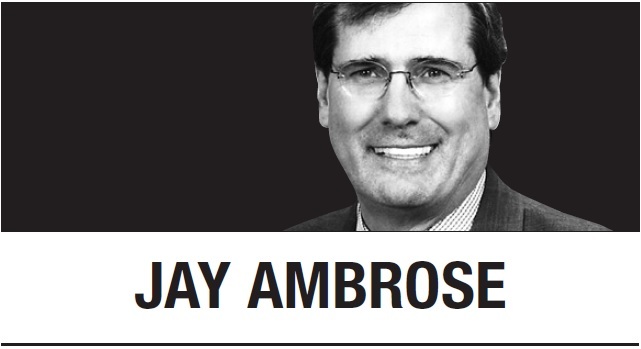 Sen. Bernie Sanders has suspended his campaign for the presidency, but not his campaign for socialism, and I do mean socialism. It’s often said that, by any true definition of the term, he falls way short. In fact, if you check out his policy proposals, he’s there, definitely there, and we still have leftist cheers for a transition conceivably made more likely by the coronavirus pandemic.

What Sanders wants is collective control of the economy, of production, distribution and trade -- a definition of socialism. He wants private property to become more nearly public property. He wants something amounting to nationalization of medical care and the energy industry. Sanders, who has said nice things about murderous, impoverishing socialist regimes, says capitalism, which has saved millions from poverty, is about corruption, greed and exploitation.

He says a populist “political revolution” transforming the economy is in order and has told us how he would go about it. First off, he is going to get rid of millions of jobs. Seven million of those are in the hydraulic fracking business that he misleadingly contends is guilty of water contamination.

Then, within a decade, he wants to rid the country of all fossil fuels, which would give us another American shutdown. Many more millions of jobs would disappear, but he says he will replace the fossil fuels with renewables, that would actually make up about a third of the energy needed. Energy would become a governmental industry hiring people as part of a plan to guarantee that all Americans who want to work will work, a total of at least 20 million.

Common-sense means of dealing with climate change are available, but Sanders can‘t ponder those because he is too busy figuring out how to expand virtually all our social programs and start a host of new ones, such as housing for all. He also wants free colleges and hopes to relieve a major part of $1.3 trillion in student debt as a means of the rest of us rewarding imprudence by the better-off.

Don’t forget Medicare for All that he himself has said could cost $30 trillion over a decade, abolishing more than 150 million employer-sponsored plans and requiring a doubling of taxes if we don‘t extend the debt. What all of this and more comes to is somewhere between $50 trillion and $100 trillion over 10 years, and that’s pretty much goodbye America, but understand, too, that Sanders would save us by shrinking the military and turning corporations over to the workers.

The idea is to require all large corporations to obtain a federal charter with interesting demands: give workers a right to vote on how much pay they receive; let them have a similar say on 45 percent of those sitting on corporate boards; and give them something like 20 percent interest in the corporation over time. Sanders also wants the government to lend a hand to unions in contract negotiations and punish high CEO salaries with higher taxes.

Joe Biden has now pushed Sanders aside in the presidential race, but Democratic voters have a more positive view of socialism than capitalism; 75 percent say they would vote for a socialist and half of millennials are pro-socialism. Some online analyses tell us in so many words that we will learn from the novel coronavirus crisis that central planners must be trusted, that businesses need to do what they cannot afford, that big government is a wonder and that emergency measures for the down-and-out will illustrate that we can keep them forever.

We are told that if the rich stay rich with others in quicksand, the outcry will be ear-scorching and change will come. Sanders himself, who already has brought Biden to his side on a few major matters, will be pushing for his dream, and just maybe the socialist march will begin with force and in earnest.

My own hope is that we remember how important it is for us to care for each other while still preserving liberty, understanding that our unexampled, uplifting American achievements were built on respect for the individual, for private property, for a nonauthoritarian republic, for free markets and for the profound if unsurprising truth that money does not grow on trees.


Jay Ambrose
Jay Ambrose is an op-ed columnist for Tribune News Service. Readers may email him at speaktojay@aol.com -- Ed.