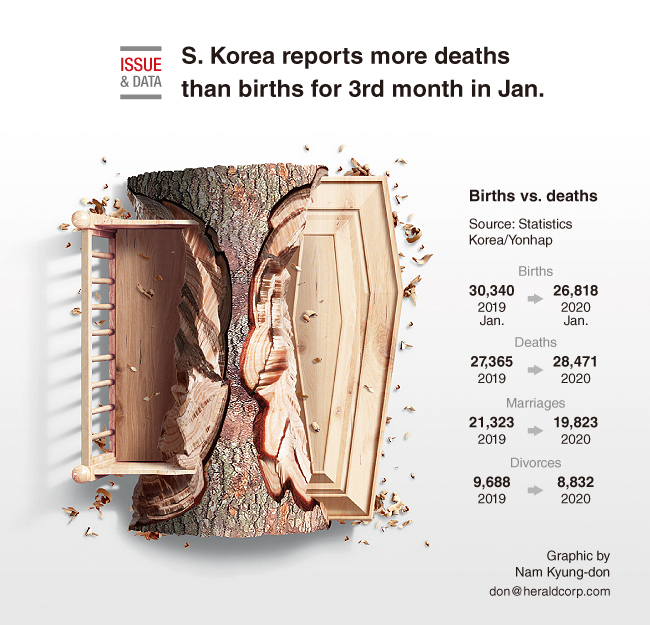 South Korea reported a net decrease in its population for the third consecutive month in January, due mainly to the critically low birthrate that has plagued Asia’s fourth-largest economy for years.

Only 26,818 infants were born in January, down 11.6 percent on-year, according to the data compiled by Statistics Korea. The number of births has fallen on-year for a whopping 50 consecutive months, dating to December 2015.

The number of deaths, on the other hand, advanced 4 percent on-year to hit 28,471, marking the second-highest monthly figure since the agency began compiling the data in 1983. Korea posted the highest number of deaths in January 2018 at 31,550. (Yonhap)