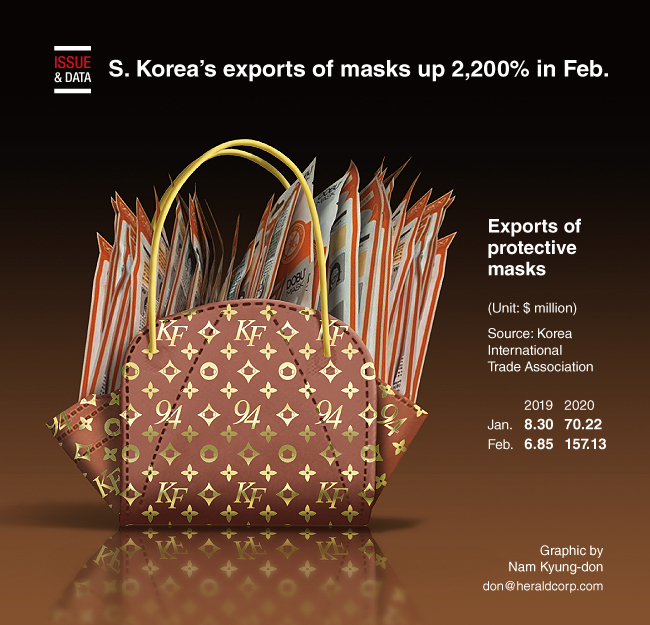 South Korea’s exports of protective masks surged nearly 23-fold in February from a year earlier amid the global outbreak of the new coronavirus, data showed, although the volume is likely to plummet this month in line with the export ban.

Outbound shipments of textile articles, which include masks, came to $157 million in February, up from $6.85 million a year earlier, according to the data compiled by the Korea International Trade Association. It also more than doubled from $70 million in January.

While the segment does not necessarily only include protective masks, industry watchers say the increase was apparently driven solely by the product, considering the figures were almost unchanged over previous years. (Yonhap)