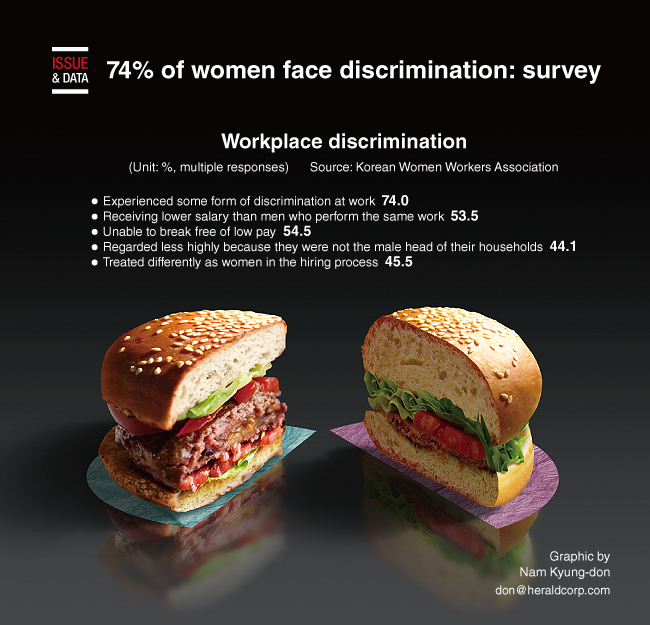 The overwhelming majority of working women in South Korea say they have experienced some form of gender discrimination, including sexual harassment and wage discrimination, according to a local survey.

The Korean Women Workers Association said the survey of 404 women that took place from Jan. 16 to Feb. 25 indicates most respondents, - 74 percent - experience some form of discrimination.

Respondents said they are victims of a gender wage gap, 54.5 percent said they have been unable to break free of low pay, and 53.5 percent of the surveyed people said they receive lower salaries than men who perform the same work, according to Korean news outlet OhmyNews. (UPI)