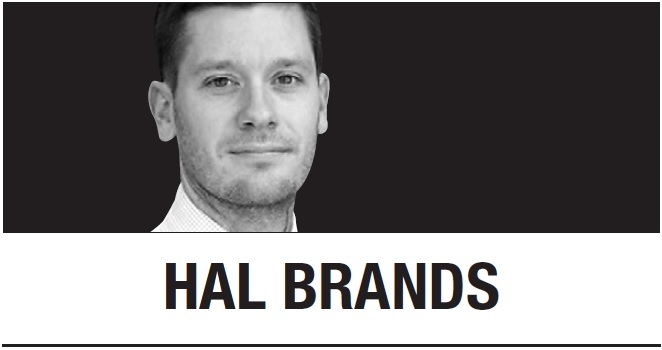 The US has a global military footprint that is second to none, and one of the most visible aspects of that footprint is a worldwide network of bases. From Japan to the UK, America’s overseas installations allow it to shape events thousands of miles from US shores.

Critics have long argued that basing troops abroad also creates anti-American sentiment, making Washington’s worldwide presence toxic and self-defeating. A recent study turns this critique on its head, showing that foreigners’ contact with American service members leads to more positive views of the US and its military. Overseas bases, it turns out, are not only symbols of American hard power, but tools of American soft power as well.

Overseas bases play a central role in America’s ambitious grand strategy. The US can bring decisive military power to bear in hot spots such as the South China Sea, Eastern Europe and the Persian Gulf because it has sprawling bases and logistical facilities that are either in or on the way to those regions. Air bases in Qatar and Turkey, for instance, were critical to the Pentagon’s war against the Islamic State group in Iraq and Syria. Moreover, bases enable the “forward presence” -- the stationing of personnel, combat aircraft, naval vessels and other military assets close to the front lines of geopolitical conflicts -- that reassures allies and keeps adversaries in check.

The exact number of US overseas bases is disputed. Some observers put the total around 800, although many of these are small, relatively insignificant facilities. But the major bases are a prominent feature of America’s global presence in countries such as Japan, South Korea, Bahrain, Germany and the UK.

For some critics, these bases are a symbol of a quasi-imperial foreign policy that is overly militarized and, to local populations, overbearing. It’s true that the US military presence has often been controversial. Status of forces agreements that give US personnel a degree of immunity from local prosecution are rarely popular. Rapes, murders and assaults perpetrated by US service members or contractors have set off anti-American protests in Korea, Japan and other countries. In one notorious incident, three service members kidnapped and raped a 12-year old Okinawan girl in 1995, creating a crisis in US-Japan relations. The journalist Chalmers Johnson had such events in mind when he argued two decades ago that America’s overseas military presence was a powerful driver of anti-American “blowback” around the world and called for a more restrained foreign policy.

Yet focusing on these episodes tells only part of the story, as revealed by a new study by four scholars in the American Political Science Review. Based on surveys of 14,000 respondents across 14 countries, the study is systematic rather than impressionistic. The core finding will strike many as counterintuitive: Basing has a net positive impact on foreign perceptions of the US. In fact, of the 14 countries included in the survey, in only one -- Turkey -- was there an overall negative sentiment toward American troops.

The reason for this is relatively simple: Familiarity breeds understanding and acceptance, not contempt. Personal contact between foreign nationals and US personnel humanizes America’s overseas presence and erodes negative stereotypes about the American military -- such as the idea, as one interviewee from Peru put it, that US service members are all “muscular men with tattoos waving around the flag and yelling about liberty and democracy.” More tangibly, US bases boost area economies by employing local residents and infusing cash into local businesses. The result is that contact with US personnel tends to foster not just more positive attitudes toward the American military, but toward the American people as a whole.

This finding is significant for two reasons pertaining to the broader debate about the future of US foreign policy. First, it cautions us against sweeping critiques of America’s global presence backed only by anecdotal evidence. Yes, there are plenty of instances in which America’s military footprint has become a flashpoint in relations with a host country. But we tend to pay attention to these instances precisely because they are rare exceptions.

Second, the issue of basing bears on a question animating the 2020 presidential campaign: Should the US be less assertive in its dealings with the world? Matt Duss, the top foreign policy adviser to Democratic front-runner Bernie Sanders, has argued that the US military presence in Korea, Japan and Germany -- the core of America’s posture in Europe and the Indo-Pacific -- is unsustainable. But that’s just not the case economically, because these (and other) countries make payments to offset the cost of stationing American troops on their soil, and because we know that US forward presence and military alliances translate into greater trade and other economic benefits for Washington. And it’s just not the case politically, either, because the evidence suggests that overseas basing helps America’s standing abroad.

The debate about whether to pull back significantly from the world will -- and should -- continue. But the idea that America’s overseas presence creates more enemies than friends is one idea that ought to be retired.