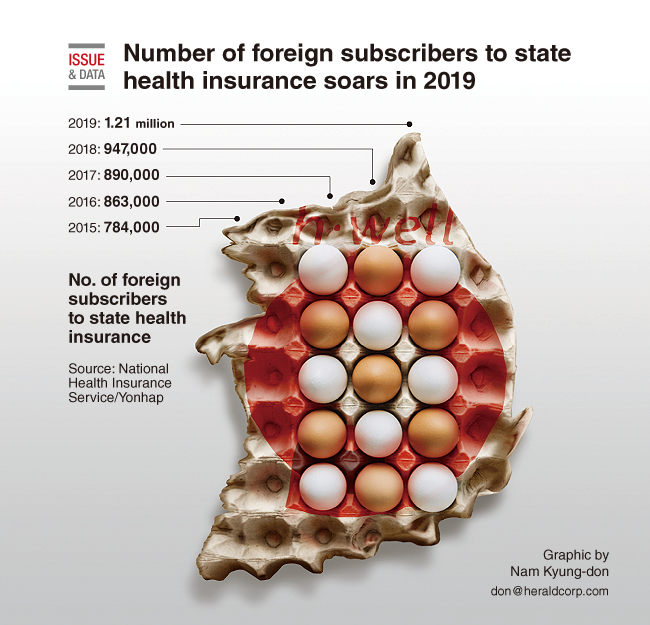 The number of foreign subscribers to the state health insurance program surged in 2019, topping the 1 million mark, after Korea required long-term-stay foreigners to sign up for it.

According to data from the National Health Insurance Service, there were slightly over 1.21 million foreign subscribers to the mandatory health insurance plan last year, up some 266,000 from the previous year. Last year marked the first time the figure surpassed 1 million.