[Katherine A. Mason] International overreaction to the coronavirus is more dangerous than the virus itself 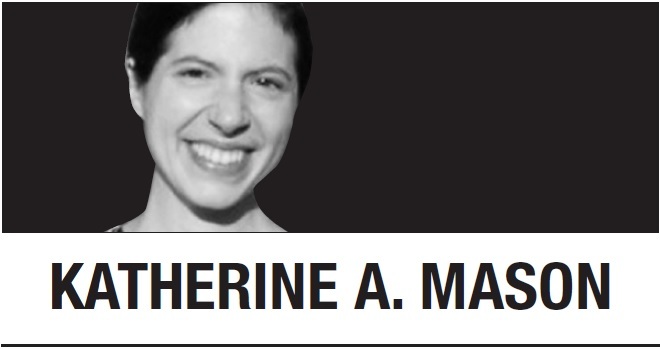 In April 2003, I was evacuated from my post teaching English in Guangzhou, China, at the height of the SARS epidemic. I was 23. While transiting in Chicago on my way home to Philadelphia, I called my parents. That’s when they informed me that they were not coming to pick me up. Convinced that I was going to be “patient zero” for an American outbreak of SARS, they told me to take a cab to my sister’s apartment, where they intended to lock me up for 10 days with only a bag of groceries and a DVD player to keep me company.

I had no symptoms of SARS and had not been in contact with any SARS patients. According to guidance from the Centers for Disease Control and Prevention at the time, that meant that I was not a risk. Deciding that my parents were overreacting, I went to the worst possible place to travel to when you might have a deadly disease: Manhattan.

I did not have SARS and did not seed a new plague in Manhattan. But the message that SARS was a cause for panic was received -- not just by me, but eventually by my Chinese friends as well.

Fueled by press criticism and considerable pressure from the global health community to prove that it was doing something, the Chinese government jumped into gear. It did what it does best: exercise its authoritarian power in the most dramatic, highly visible way possible.

Cheered on by the international community, it took disease control measures including many things that would not and could not happen anywhere else: sealing off entire hospitals, schools and apartment buildings full of people; rapidly building SARS facilities, including an entire SARS hospital in one week; and setting up neighborhood watch systems to root out potential carriers of the disease.

Quarantined in their university dorm rooms, my friends back in Guangzhou were so frightened that they said that they finally understood how Americans felt after 9/11. The World Health Organization praised China’s actions and credited them with the success of the global SARS containment effort.

As I learned over the next several years while traveling back and forth to China to study the aftereffects of SARS, the message that the Chinese received from that outbreak was that draconian actions in the name of infectious disease control are necessary, desirable and should overtake any other public health concerns.

China’s No. 1 public health goal became to never again be the source of a global epidemic like SARS. In the years following SARS, China spent vast amounts of money to overhaul its public health infrastructure, expand its infectious disease departments and develop sophisticated surveillance and containment systems. It eliminated most of the live-animal markets and restaurants that gave cities like Guangzhou much of their character. It set up strict screening and quarantine protocols at hospitals and ports of entry.

Seventeen years later, the disease-control apparatus has cranked into high gear with the coronavirus outbreak, quarantining tens of millions of China’s own citizens, shutting down entire metropolises in the process. And once again the international community is fueling panic and overreaction.

The US has raised the threat level for travel to China to the same as for Afghanistan, Iraq and Iran. Russia is closing down swaths of its 4,000-kilometer border with China. And the head of the World Health Organization, Tedros Adhanom Ghebreyesus, has declared the outbreak a global health emergency and praised China for taking measures that would not be acceptable or even legal in a large number of the WHO’s member countries.

But what the WHO is cheering is both ineffective and dangerous. The virus has already spread. Barricading Wuhan, a city larger than New York City, is very unlikely to prevent further spread of the virus. Efforts by other nations to ban travel to and from China or to shut down trade routes -- which the WHO advises against -- will probably take a large global economic toll but also will not contain the virus.

The coronavirus is scaring people because it is new and much is not known about it. But what we can tell so far is that this is no Ebola. Most people who contract it recover just fine. The fatality rate appears to be considerably lower than SARS and is probably much lower than it appears right now, since many cases are very likely going unreported and mild versions of the illness are probably not being counted at all. Most fatalities are among the elderly and those with preexisting conditions.

The situation in Wuhan, where the vast majority of cases are, is being made far worse by the panic and extreme measures being taken.

Panicked and trapped citizens are rushing to the hospital at the first sign of a sniffle. Hospitals are overwhelmed with thousands of people who probably do not have the virus, but are far more likely to contract it after waiting for hours in crowded waiting rooms with people who do.

Meanwhile, those with other diseases and urgent health needs are not able to get timely care as huge amounts of resources are redirected toward fighting the virus. How many people might be dying from heart attacks in China because hospitals are paying attention to nothing but the coronavirus?

What is needed now is calm -- both in China and throughout the global community. Citizens of all countries should stay home if they are ill and should wash their hands often in any case. Scientists should do their jobs in tracking and studying this new disease, without inciting public panic.

In the meantime, broad quarantines of the general population (beyond those who are sick) should be lifted. This is not the end of the world. Treating the coronavirus outbreak as if it were will do a lot more harm than good.