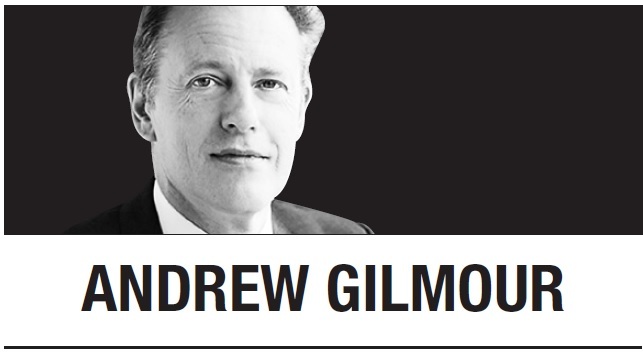 Every society in the world is going to pay a price for global warming. But it’s the poorest countries and communities who will suffer the most from rising seas and burning lands -- and likely also from any drastic measures taken to prevent climate change. The environmental crisis is closely linked to the humanitarian one, and requires the joint action of climate and human rights activists.

They’d seem to be natural allies. They both regard (with good reason) today’s situation as the worst in their movements’ existence. Second, they share common foes: Leading climate change deniers and environmental despoilers tend to be dismissive of human rights (Presidents Rodrigo Duterte, Donald Trump, or Jair Bolsonaro, to name but three). Third, both movements are accused of being “elitist” by their opponents, a charge neither group of activists has done enough to overcome.

But the two groups haven’t historically worked closely together.

The early conservation movement promoted nature at the expense of people (even to the extent of expelling native populations from Yellowstone and Yosemite in the late 19th century). And while there’s much more understanding today that the two movements are complementary, this has not translated into enough concrete joint actions.

Human rights must be at the front and center of every effort to fight climate change. Not just because climate change will threaten the rights to food, water, housing, livelihood and health for hundreds of millions of people, exponentially increasing the number of refugees. But also because, sooner or later, world leaders will finally wake up to the scale of the impending disaster. At which point they will likely respond with “states of emergency” that hugely undermine human rights, as with the internment of Americans of Japanese descent in the 1940s or the justification of torture after 9/11. In a seminal UN report last spring, Philip Alston castigated the human rights community for its failure to face up to the fact that “human rights might not survive the coming upheaval.” The idea that democratic systems failed to prevent global heating may well take hold, with a resulting urge to strengthen state powers at the cost of rights and freedoms.

To prevent this from happening, human rights advocates and environmentalists both need to broaden their mobilization campaigns by reaching out to groups who have traditionally not been allies of either movement.

From Europe to the US to Australia, an alliance of populist leaders, corporate lobbyists and the Murdoch-owned press have pushed the idea that any gains for human rights or environmental protection will come at the expense of jobs. For example, the “gilets jaunes” protests in France were provoked, in part, by a fuel tax hike designed to reduce carbon emissions. (“Fin du monde, fin du mois” was one rallying cry -- stop talking about the end of the world, when we’re just trying to get to the end of the month.)

Fossil fuel workers, cattle farmers and others need to know that they will still have livelihoods after serious measures have been taken to reduce global heating. Governments, NGOs and the private sector can offer such assurances through reskilling programs and subsidies for alternative land management and carbon sequestration. Without job security, too many people will remain vulnerable to wealthy climate science deniers -- such as the Koch brothers -- who have been able to convince them that climate change is basically a hoax against the “people” perpetrated by the “elite.”

Activists and sympathetic local officials must also work harder to win over indigenous people. In many countries, including Brazil, the Philippines and Honduras, there are examples of indigenous groups resisting renewable energy projects. Not because they are politically opposed to renewable energy, but because they have traditionally not been consulted about enterprises inflicted on them within their traditional lands and waters.

Climate and human rights activists should be reaching out to these groups to get their buy-in. Governments should be transferring ownership of forested land back to the indigenous communities who have proven time and again to be the most effective guardians of their own ecosystems. Instead, indigenous people are being attacked -- literally. In 2017, an average of three indigenous, environmental or land rights defenders were killed every week worldwide.

Collaboration between human rights advocates and environmentalists will make it more likely that we come together to reduce emissions and mitigate the worst effects of climate change -- and that we do so equitably. But the first step is to create far stronger bonds between the leaders and activists of each cause. Until both sides have fully recognized that neither agenda can be achieved without the other, they will continue to under-perform against their powerful opponents.