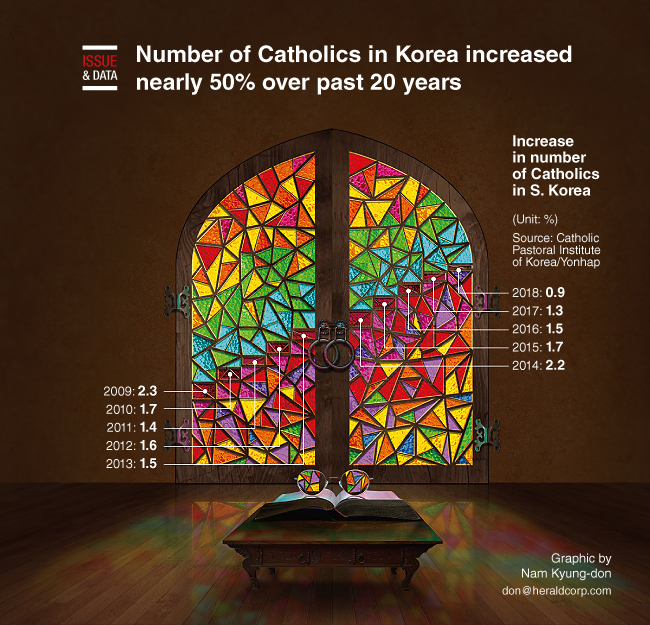 The number of Roman Catholics in South Korea has steadily increased over the past two decades, though the pace has significantly slowed in recent years, a report showed.

The diocese of Suwon, just south of Seoul, saw the highest rate of increase in the 20-year period, 89.1 percent. This was followed by Daejeon in central Korea with 79.6 percent and Uijeongbu, north of the capital, with 78.9 percent.

However, the on-year growth rate has gradually slowed to below 1 percent. In 2000 and 2001, the Catholic population grew 3.2 percent and 3.9 percent, respectively, before falling to the 2 percent range until 2009. The growth rate dropped to 1.7 percent in 2010 and briefly rebounded to 2.2 percent in 2014, the year of Pope Francis’ visit to Korea. But it again dived below 1 percent to reach 0.9 percent two years ago. (Yonhap)