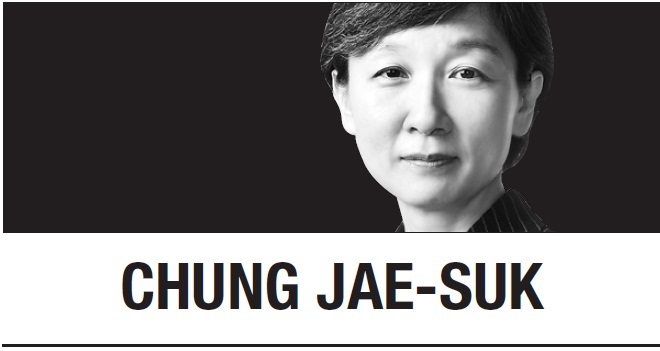 When I arrive at a cultural heritage site, I linger at the entrance to carefully read the information sign. I formed this habit long before I became the lead administrator of the Cultural Heritage Administration. And I believe most people follow the same routine. As such, the signs are no less than silent guides to our heritage.

The passage of time, however, has rendered the signs less and less effective. They were erected decades ago, when Chinese-based technical terms were the norm. Today, Korea’s younger generations are more familiar with English than Chinese characters. Thus, they may struggle with the content of the signs.
Last year, the CHA conducted a social media event, dubbed “Click Click! Look After Cultural Heritage Signs.” It welcomed photographs of signs that contained errors and elicited advice on how to make the signs more readable. The event naturally attracted the more IT-savvy younger generation. A hodgepodge of comments ensued, such as: “I find the signs difficult to read because of many Chinese characters”; “I can’t understand what their points are”; “I wish the signs could be lower, at children’s eye level”; and “I never knew ‘pack and back peddler’ and ‘back and pack peddler’ mean the same thing. These terms need to be explained or unified.”

To foreign visitors, our cultural heritage signs can be even more perplexing. Most of the signs are translations of Korean texts. Mention of historical periods such as Goryeo and the Three Kingdoms, or rulers, locations and events naturally do not need to be explained to Koreans. But to most foreigners, the signs amount to indecipherable explanations and descriptions.
Mindful of the information disconnect that young Korean and foreign visitors encounter at cultural heritage sites, CHA and local governments started to revise the information signs this year. Some 10,000 cultural properties require the signs. About 1,400 properties will have new, more readable signs this year and another 3,600 properties by 2022.

First, the texts should be written in clear, simple sentences. It is assumed the readers lack in-depth knowledge of the cultural heritage sites. Technical terms and difficult words are avoided as much as possible. Footnotes are added when necessary.

Second, story-telling must be employed. Myths and legends are extensively used to provide interesting and useful information.

Third, pictures and photographs should be used. Current signs mostly contain text only, which can be tedious and boring. Visual aids are sometimes more helpful than written descriptions.

Fourth, the value of cultural properties ought to be explained. The texts should illuminate why an object or site became a cultural property, how it was created and for what purpose, related historical figures and the origin of the property’s name.

Fifth, historical facts, grammar and vocabulary must be scrutinized. Historical facts are based on official history and the completed texts are verified by the National Institute of Korean Language and other reliable institutes specializing in the Korean language.

Lastly, the texts should be reviewed by non-experts: students, residents and guides in regions where the cultural properties are located. Getting feedback from laypersons helps ensure readability for the general public.

Writing clear, informative signage texts for foreigners with limited knowledge of Korean history and culture obviously is a bigger challenge. Direct translations from Korean texts are a non-starter. An overload of facts is also a risk. Ultimately, CHA decided to insert background information needed to understand a cultural property. This requires attention to basic information, including the definitions of Korean words used in the property name and the usage of the property.

For example, the Korean word seowon needs an explanation: a Confucian academy, or a private education institution of the Joseon period (1392-1910), which usually combined the functions of a Confucian shrine and a lecture hall. The signage texts can also be made easier for foreigners to understand and more interesting and relevant when they are written in connection with world history or Asian history.

Particular attention must be given to writing English signs in simple sentences. This is in consideration of foreign visitors whose native language is not English. The standard rules on the Romanization of Korean and such basic elements as the year, weights and measures, and symbols must be duly respected as well.

As head of the Cultural Heritage Administration, I feel obliged to respond to the public’s interest and love for cultural heritage, including ancient royal palaces, temples and fortress walls, by improving their Korean and English signs under the aforementioned principles to make them easier and more interesting

Thus I hope that, in the near future, we can see children visiting cultural heritage sites and their accompanying parents, as well as foreigners on their first visit, nod their heads with a smile while reading the signs that beautifully describe and explain historical monuments and relics.