[Graphic News] Over half of Americans favor Trump impeachment: poll 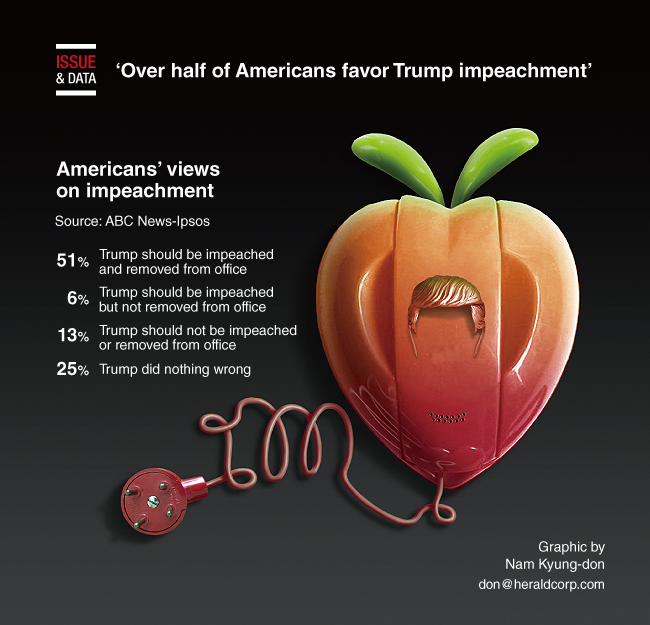 A slim majority of Americans believe President Donald Trump should be impeached and removed from office for his controversial Ukraine actions, according to the first poll after the launch of public hearings in the US Congress.

Fifty-one percent of those asked said they think Trump should be tried and convicted in the US Senate, while another 6 percent favor impeachment but not removal, according to the ABC News-Ipsos poll released.

That appeared to represent an increase from before the hearings in the House Intelligence Committee. An average of previous polls showed about 48 percent supported Trump’s removal, according to the website FiveThirtyEight. (AFP)