BTS off to New Zealand on ‘Bon Voyage’ 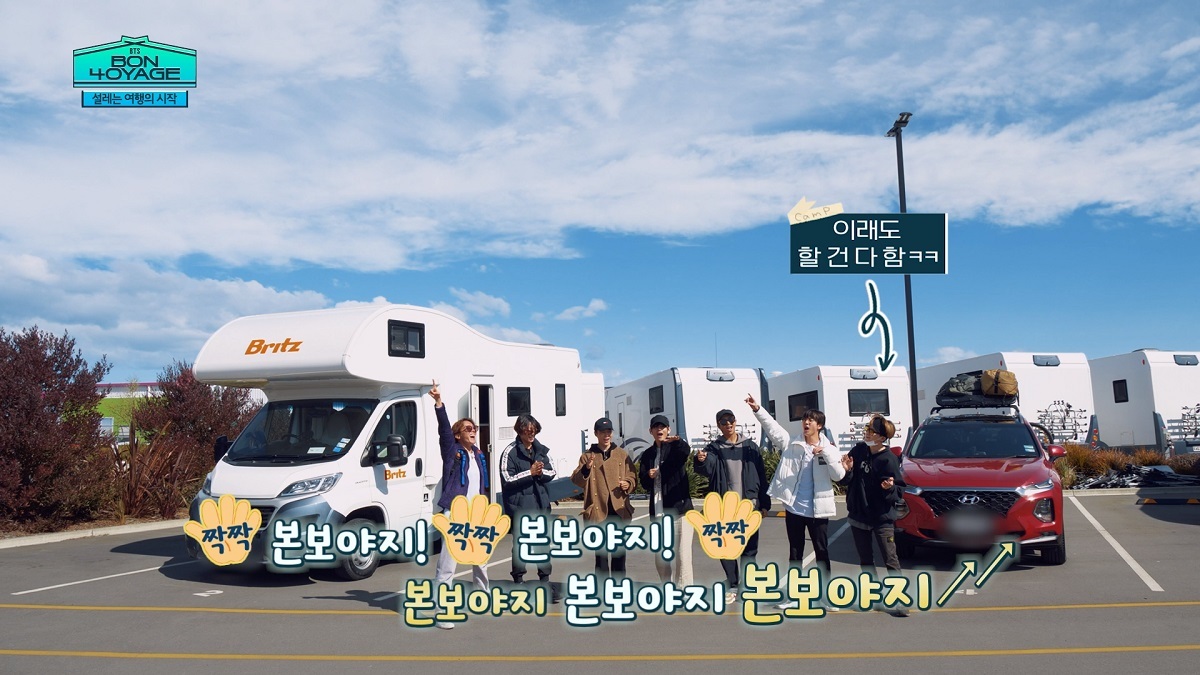 The fourth season of BTS’ travel show “Bon Voyage” was unveiled on Tuesday evening, with the seven bandmates seen preparing for their trip to New Zealand.

In the first episode, released exclusively via Weverse, the members got together at a Chinese restaurant in August, to brainstorm and prepare for the trip that took place in September.

The members were supposed to do some research on New Zealand before the meeting. They discussed what they wanted to do there while eating Korean-Chinese food, like jajangmyeon, or black bean paste noodles.

“I want to see the aurora and also spend time at hot springs and beautiful lakes,” said Jimin, who said he wanted to be close to water during the trip.

RM said he wanted to ride a gondola and a luge in Queenstown, while both Jin and Suga -- who love fishing -- said they wanted to go on a fishing trip. Jin added that he wanted to catch a big salmon.

After planning and booking places to stay, the members met after a month of vacation.

The bandmates were hyped up upon being reunited with one another on the morning of the trip. They shared what they had been up to during their first extended break since their debut in 2013.

V had packed bags of instant noodles for all members, saying they could not live without Korean food overseas.

During the long break, Jimin got his driver’s license and was all over the place, traveling across Korea and visiting Paris and Hawaii. He had just returned from Russia the day before.

RM said he traveled in Europe and probably visited at least 50 different museums. Jungkook had been busy meeting friends and enjoying his free time. He also wrote some songs, with the help of RM.

Jin said his dream came true, as he got to catch up on sleep and play computer games. “For five days straight, I played games for over 16 hours every day,” said Jin. “And after that I felt like I shouldn’t be living like this.” 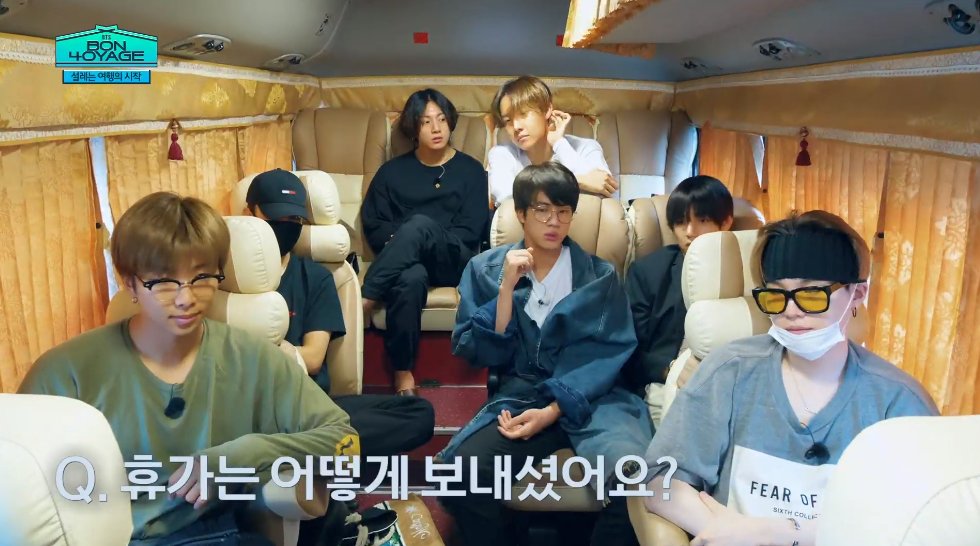 V went on trips across Korea with his friends and also worked on some songs. He also had a chance to hang out with his dog, Yeontan. J-Hope was in the US, working on the new song “Chicken Noodle Soup” with Becky G. Suga worked on his mixtape, which he needs to record once he returns from New Zealand.

“It was the longest time we were apart from each other this time,” said RM.
“I kind of got bored of resting. I think I have to be working all the time,” said Suga.

When they arrived at Incheon Airport, the members were excited to board the plane, but unfortunately, Jin couldn’t leave with the others, as there were some issues with his travel documents. Six members departed first, and Jin left an hour later on a different plane.

The bandmates all did different things on the plane. RM read the newspaper, while Suga was fascinated with the Wi-Fi connection onboard. J-Hope was thoroughly studying the travel guide, while Jungkook was tired and took a nap. Jimin and V played with their phones and rested.

After six hours, the six members arrived in Singapore to transfer to Christchurch, New Zealand. They hung out at the airport lounge, eating food and filming funny scenes before the second flight.

Meanwhile, Jin seemed sad to be traveling by himself. But at a duty-free store, he spotted his character RJ and purchased the toy so they could travel together.

On the plane, Jin caught up on sleep and then enjoyed a meal including ramen. He recommended that viewers add some milk to the noodles to make them taste better.

When BTS finally arrived in New Zealand, the group seemed excited, especially RM, who recalled his time living in the country 13 years ago for four months to study English.

The bandmates enjoyed the cold breeze in New Zealand as opposed to Korea where it was still hot. “It feels so good,” said J-Hope. “It feels exciting to come to somewhere cold.”

BTS went to a rental store to rent an RV for the trip. The group watched safety videos about driving in the country and listened to instructions on the car. At the parking lot, the six members were finally reunited with Jin.

After loading their luggage onto the car, the members stood in front of the vehicle to do their signature “Bon Voyage” chant for this season.

Each of the eight episodes of “Bon Voyage” will be released every Tuesday at 9 p.m. Behind-the-scene clips will be revealed on Thursdays.