Oh, who runs this Korean teahouse with his mother, turned to herbal remedies when he found himself burned out from work.

Herbal medicine was not unfamiliar to Oh, whose grandfather was a doctor of traditional Asian medicine.

“We always had licorice root around,” he said.

Oh, 44, recalls sucking on the bark-like root and how sweet it tasted as a child. When he found himself exhausted and run-down from office life, he returned to his medicinal roots.

At first, he brewed teas and tonics for himself and then for his family.

Now, he and his mother are brewing them for the general public at Oga Teahouse, which opened in August.

“I wanted to work at this place for the well-being of my family, of the office workers who come here and of myself,” Oh explained.

Here, he and his mother brew and concoct seven health-conscious teas and drinks.

Oga’s signature tea is their variation of sipjeondaebo-tang, which is called sipjeondaebo tea at Oga.

Traditional sipjeondaebo-tang has a long history in traditional Asian medicine that dates as far back as the 17th century.

Now, one can find it in various Korean teahouses throughout the city and this prominent brew is listed in the National Cancer Institute Drug Dictionary (www.cancer.gov/publications/dictionaries/cancer-drug) as “an orally bioavailable east Asian herbal supplement, with potential gastro- and neuro-protective, immunostimulatory, anti-inflammatory, anti-cancer, anti-cachexic and antioxidant activities.”

Oh said this original 10-ingredient brew can be quite bitter, so to make it less bitter he added jujube and ginger to Oga’s variation. He also explained there is one more “secret ingredient” to Oga Teahouse’s variation of this popular tonic.

To make Oga’s signature tea, Oh described how one needs to first roast the ingredients, then soak them before brewing them.

This entire process takes about a day, said Oh.

The resulting tea is sweet, fragrant with the scent of licorice root and very rich, almost syrupy. Garnished with bits of walnuts and dried jujube, it tastes almost like dessert.

According to Oh, Chinese wild peach is believed to be good for the throat.

With the weather growing colder, Oh is also considering switching out one of the current teas for a jujube tea. 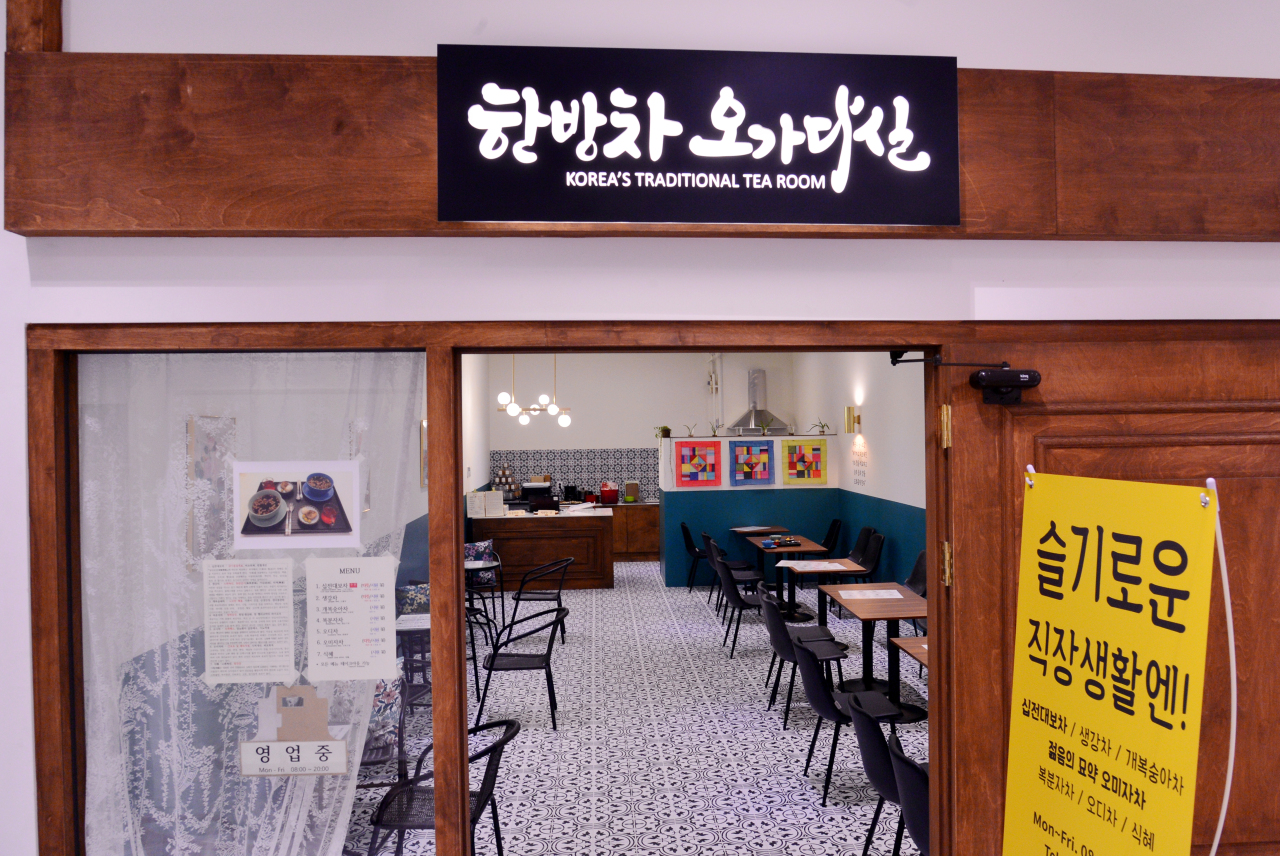